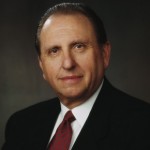 So Slate keeps track of who it considers the most powerful octogenarians and President Monson tops the list.  If ever there was a list where Mormons could shine that did not have to do with singing and dancing I guess it makes sense that it would be “powerful old men”.  To loosely paraphrase President Hinckley, isn’t it wonderful to have somebody in there with decades of experience who is not moved about by every wind of doctrine?

And I thought the correction at the bottom was delightful:

The original version of the gallery of honorees inadvertently showed a photograph of Mormon Apostle Neil Andersen in place of church President Thomas S. Monson.

I mean who can really tell all those Mormon guys apart anyway?

P.S. if you’re a somewhat discontented type thinking this is an opportunity to gripe about the church being led by old men, it really really isn’t.