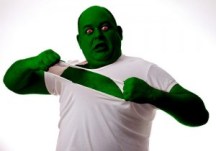 As is usually the case, when Times & Seasons is mentioned by another news outlet (in this case, the Salt Lake Tribune), some of their readers come here. And, today, some of them sound pretty mad.

First, I’d like to point out that if you are also visiting us for the first time, the kinds of comments you find on that post are not our normal fare. Please come back in a few days when the drive-by commenters have left.

Second, we’ve closed comments on that post because so many of them violated the spirit if not the letter of our comment policies.

Third, I’d like to provide some food for thought for anyone who came here angry after reading the Tribune article and was planning on making a comment with any of the following words in it: communism, socialism, excommunicated, moron, anti-family, evil, devil, or satan.

I’m not interested in getting any of you to change your politics. (Not in this post, at least!) What I am interested in is getting you to change your tone. Please read “Church leaders attend President Obama’s inauguration”, “Family history presented to Pres. Obama by Pres. Monson”, “The Mormon ethic of civility”, “First Presidency letter on political participation,” and this interview with Elder Jensen. If and when you feel that you can match the tone and spirit of how our Church leaders have recently interacted with politics and politicians as shown in those pieces, you are welcome to come back to T & S and comment. I have been guilty of being less Christlike than our leaders when talking about politics, but reading those pieces reminds me to do better. The “Mormon Ethic of Civility” piece, in particular, reminds me that our political discourse must be much different from what we frequently hear from various media outlets.

← Dinner, Old Testament Style
Summer Seminar 2010—The Foundations of Mormon Theology: The Nature of God and the Human →