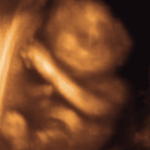 I never expected to see the day that Kate Michelman, past president of NARAL, would write, “all sorts of well-educated and progressive people are comfortable calling themselves pro-life.”

Michelman’s opinion piece in the Washington Post is fascinating not only for her openly acknowledging the eroding support for her movement (she says recent polls shows 51% of Americans identify with the label “pro-life” and only 44% with “pro-choice”; the pro-life number would be a historical high), but by how hamstrung she feels defending abortion.

She attributes the shift in public opinion primarily to technological progress: “[s]cience played a big role, making the fetus more visible. Today, the first picture in most baby books is the 12-week 3D ultrasound, and Grandma and Grandpa have that photo posted on the fridge.” Read that again. Michelman acknowledges that support for the pro-choice movement benefited from people’s ignorance of human development and the reality of the preborn person. This admission could scarcely be more heartening to those of us working for fetal rights. I’ve observed the phenomenon she mentions first-hand, and it is real. On two separate occasions at our former fetal imaging studio, Baby Insight, men who appeared to be in their 60s, who I assumed to be grandfathers of the new baby, came out of the studio where they’d spent 30 minutes watching their new grandbaby on a 70″ projection screen, and say to no one in particular, “Well, it really is a baby.” From the context it was clear they were speaking private thoughts out loud. They’d known there was controversy about exactly what is in a woman’s womb, and now they’d seen for themselves and were beginning to internalize the new knowledge. These comments confirmed one of our key objectives in starting Baby Insight, and encouraging mothers and fathers to celebrate their babies before they were born: to chip at the powerful cultural paradigm that our real lives begin at birth.

I suppose Michelman doesn’t believe her laugher, referring to the Tebow ad, that “abortion is as tough and courageous a decision as is the decision to continue a pregnancy,” or she’d be proposing ads like the Tebows’ that highlight how courageous a particular mother was to let her child die. Presumably Michelman includes this absurd fabrication to bolster the spirits of her most loyal donors who, because of their personal history, are emotionally invested in viewing abortion as a noble act. Not that I have any desires for abortion apologists save their utter failure, but women who have aborted probably do listen to Michelman, and I believe that women who have aborted are better served by messages like Naomi Wolf’s, that characterize abortion as a necessary evil, but a real evil nevertheless. That perspective resonates more genuinely with women struggling with their abortion, and that is most of them. Most women who have undergone abortions know the date of the abortion and the baby’s due date. Framing abortion as an heroic choice may have resonated as an act of female empowerment in the bra-burning 70s, but with all of the stories and surveys of women who have chosen abortion that we’ve heard since, we know the women believe differently. They perceive their abortion as an evil act that circumstances left them no options but doing. They certainly don’t want to trumpet their abortion as an example of courage to a Super Bowl audience.

Even though it’s been yet another horrific week for human fetuses in America, around 20,000 of them starting the week with beautiful beating hearts but dead by Sunday, it signals hope for the fetal rights movement (the term I continue to believe pro-lifers should insist the media use for the movement, rather than anti-abortion, as abortion is only the best known issue of concern to those who believe the preborn are equal members of the human family). Tim and Pam Tebow are telling a billion people that they’re glad Pam didn’t abandon Tim when he needed her most, the VP of NOW plays right into the media hype by going unhinged and calling the Tebows’ message one of hate, and now Kate Michelman’s gone on record saying that science is turning the tables against abortion apologists.

The drum beats as America continues its long march toward its founding ideal: to recognize the self-evident truth that all men are created equal.

92 comments for “The Tebows and Other Good Omens”