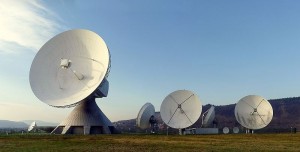 From my youth I’ve wanted to do right. A desire to follow the Holy Ghost occupied much of my spiritual reflection in my teens and early twenties. I made it a point to be aware of my feelings, and after a time I identified a few particular feelings that I identified as being the Spirit.

The most powerful of those feelings was a compulsion to do or not do a thing. When I defied that compulsion I felt guilty and unworthy. I sought the Lord’s guidance in prayer on even very minute matters, and so I would feel compelled in things as small as which route to drive home or what color shirt wear.

The summer after I got married, I took a construction job doing residential framing. One Friday afternoon as we were cleaning up, my boss told me that he would be working Saturday, and that I was welcome to join him if I wanted to get some extra hours in. I was looking forward to the weekend and had no desire to work, but I felt that familiar compulsion come upon me, the feeling that God wanted me to work those hours on Saturday.

When Saturday morning came, I defied that compulsion and chose to stay home. And what happened? I spent the day with my wife and had one of the best Saturdays of my life. I don’t remember what we did — probably just went to garage sales or enjoyed a walk around Springville — but I vividly remember how wonderful it felt.

For many of you, this might seem like a trivial experience, but for me it was life changing. With that choice, I was (more or less) free from a taskmaster that had governed years of my life. Now I worry less, I smile more, and I don’t feel the weight of eternity looming over every small decision.

Last summer, I talked with my sister Jade about this experience. She shared with me her own story, which I transcribed as best I could. With her permission, I share it here:

When Finding Nemo first came out, I…this is like the epitome of when I was unhappy, super-Mormon…I think Shelley Moulton had invited me to see Finding Nemo. I was really excited about it, and I hoped I would never get a bad feeling about it because I’d interpret that as the Holy Ghost telling me not to. Self-fulfilling prophecy, so of course I felt bad about it. It sounds really frivolous now…but it was a major internal conflict. They say the three main things you definitely go to hell for are…no, I don’t know. All I know is that denying the Holy Ghost is one of those things that would make you a son of perdition. Later, on further clarification I learned that it was if I had had a vision, or some kind of heavenly witness. So I thought I’d become a daughter of perdition if I went to see Finding Nemo. But I went to see it anyway, and I was totally guilt-ridden the whole time, and really scared.

Even though I didn’t change immediately after that, that was the epitome of what I don’t ever want to do again.

I found that I wasn’t the only one who had struggled with that compulsion, and identifying it as the will of God. So, for any of the rest of you struggling with the ham-fisted force of an oppressive God, I share my discovery: God is love; the Holy Ghost is not guilt. I wish I could say that coming to that conclusion is as simple as my story here, but it’s not. My experience that Saturday morning didn’t suddenly make those compulsions disappear. What it did was shift my spiritual paradigm in a way that gave me the courage, strength, and hope I needed to ignore them.

What is the Holy Ghost? I can’t answer that by pointing at a specific feeling anymore. But I find greater peace in my everyday life, and my “confidence wax[es] strong” in a way that it never had before. I feel love for God and for my family in a way that I could not then. These gifts lead me to believe that the Spirit is still active in my life, even if I can’t point my finger at Him in a particular emotional manifestation anymore. Now I make decisions by thought rather than guilt, and life is good.