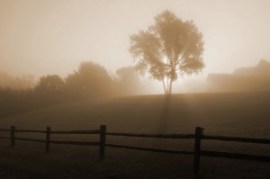 I’m not ready to leave my “building Zion” discussion just yet. Where does the New Jerusalem come from? If you asked my peers, parents, seminary teachers, and Sunday school instructors, you might receive visions like these:

I don’t present these visions mockingly — I believe in parts of several of them, including the grand gathering in Adam-ondi-Ahman, the temple in Jerusalem, and the city in Jackson county. What I don’t believe, however, is that Zion will be built in a single, easily identifiable, epic effort, which is what these visions depict. Some are too facile, conveniently dividing the people of the world into clearly defined camps of good and evil. Some are too anemic, resulting in Zions that don’t address the complex needs that real, three-dimensional people have. Some are too idealistic, expecting that the nature of humanity will spontaneously change in a way that makes a Zion lifestyle possible. All of them are too passive, presenting the work of building Zion as something that will be done by “someone other than me”, or postponing the work until some cataclysmic future event.

When I imagine how Zion will actually be brought to pass, I find the name “New Jerusalem” to be instructive. Why call it a “new” Jerusalem unless it will share similarities to the old Jerusalem? And so I expect it will be built in a similar fashion to the old Jerusalem — by many individuals, people with conflicting values, views, and goal, who are willing to cooperate in order to create a grand community that is greater than any of us could achieve on our own. There will be mistakes made and lessons learned in its construction.

Just as Jerusalem has its several quarters and markets, I expect that the new Jerusalem will not be a monoculture, but will be a hybrid community — even a network of cities or communities — with facilities for the scientist, the artist, the businessperson, and all the rest of us. Perhaps it will be a distributed community, connected more by technology or affiliation than by geography. But the one thing I am certain of is that the people who build Zion will look like you and me, and that the people who inhabit Zion will be indistinguishable from some of the neighbors who live on your street today.