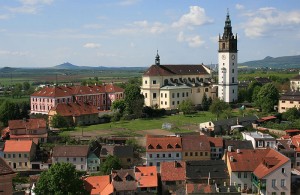 My wife and her friends chat together in the quad while the kids play outside. This last week, one of her friends said, “Wouldn’t it be wonderful if we could all just buy some land and move out there together?” This kind of sentiment is what I’m all about. We just need some place, some facility, to do it. How about a monastery?

I mean, who doesn’t like monasteries? They’re peaceful, worshipful, and beautiful. In fact, I could become a monk. Except that I’m married. And have kids. And am Mormon…and we Mormons don’t have monasteries. But if we did have monasteries, I bet they would have space for spouses, and for kids. Could a church-supported monastic order fit in our conception of the gospel and the Lord’s plan?

A monastery is a place of retreat. It would be a place where harried people could escape from the chaotic pressures of a demanding world.

A monastery is a place of reflection. It would provide a turning place, where people trying to figure out theirs lives could explore new fields in a safe environment. A place of self-discovery and becoming.

A monastery is a place of residence. It provides rhythm and stability, as well as neighbors and social rituals. It means having friends to chat with in the mornings and sing with in the evenings.

A monastery is a place of education. It offers resources — books, computers, music, art — for learning and mentors who guide you to use them constructively and effectively. It would also be a place of creation, a place of service, and of all manner of wondrousness.

I don’t really know much about real-world monasteries, but I used to live near Mt. Angel, which has a beautiful abbey (in fact, I couldn’t tell you the difference between a monastery and an abbey — is one for men and the other for women?) In my uninitiated understanding, monks live in simple quarters. They share responsibilities for the care of the facilities and the undertaking of its mission. They meet together in conversation, work, song, and worship. And the facilities are designed to allow this flow to happen more-or-less conveniently.

27 comments for “A Monastery for Families”