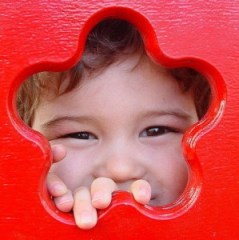 In my previous job, I served as co-chair on the college diversity council. It was not a position I was qualified for, but one in which I learned a lot. While there, I noticed that “black” is a culturally acceptable word again.

I’m interested in the words we use to describe races, ethnicities, and cultures. When I was little, “black” was the only word I knew, but I remember being taught in middle school to use “African American” instead. As a black-and-white (no pun intended) conservative teenage thinker, I was bothered by this shift. It seemed like a pointless debate — why did anyone even care?

Then, a few years ago, I heard statements from church leaders encouraging us to use “latter-day saint” rather than “Mormon” to describe ourselves. Suddenly I became very aware of the words people used to describe me, and I was sensitive to my own response to the question, “What religion are you?”

Thinking back to my middle-school introduction to race and ethnicity, I was especially bothered that some people were offended by one term, while others were offended by the other. I felt that it put me in a no-win situation, and as a result, race became a very uncomfortable topic for me to talk about. I wanted one “right” term, a term that would allow me to comfortably refer to a group of people without offending anyone in that group.

The college diversity council caused me to reconsider that view. Is there value in feeling uncomfortable when trying to fit a diverse group of people into a single word? Yes. Sensitivity to the words we use forces us to engage with the humanity that those words represent. It reminds us that there is no conveniently delineated “them” that we can comfortably separate from ourselves with a single word. Perhaps one reason for the current bloggernacle backlash against the church correlation program is that correlation attempts to give us the “right” term for various complex issues without requiring us to earn the term by engaging with substance of those issues.

None of this should be interpreted to mean that we shouldn’t care what people call us (or what we call other people). I have an opinion in the “LDS” vs. “Mormon” (and the “black” vs. “African American”) debate. But now I look at the debate like a game of volleyball. The value in the game isn’t in getting the ball over to the other side of the net; it’s in the challenge of getting the ball there. The opposing team is what gives life to the game. If getting the ball to the other side was intrinsically rewarding, the game would be the most fun against a hopelessly weak opponent (or even no opponent at all!) Picture that: you and your friends set up the net, all stand on one side, hit the ball over, and then spend the rest of the congratulating yourselves on how awesome you are. The interplay between the teams is what enlivens all of the players. In matters of language then, perhaps the goal isn’t to find a universally acceptable term, but rather to keep the discussion alive.

← A Mormon Image: Saturday Afternoon Session
What If the Rank & File Really are Stupid? →

10 comments for “Are We Mormon, or Are We Dancer?”