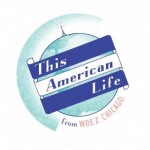 Several weeks ago the NPR program This American Life aired a stunning segment on Gordon Gee, the Latter-day Saint President of Ohio State University, and his daughter Rebecca. The segment revolved around a series of letters Gordon’s late wife Elizabeth wrote to their daughter as she was dying of cancer.  Rebecca was 16 at the time of her mother’s death, and the letters were to be given to her each year on her birthday for thirteen years. Rebecca, however, gradually drifted from the Church, while the letters from her devout mother focused heavily on the deep yearnings she had for her daughter to remain close to the Mormon faith and marry in the temple. Gordon, meanwhile, began to find himself caught in between these letters from his late wife and his daughter, with whom he remained close.

The segment, as is typical of This American Life, is handled deftly with balance, in a way that leads you to understand and identify with each side in the story. It also got me thinking of the many other Mormon-related segments This American Life has aired. Among the most poignant for me are Where’s King Solomon When You Need Him? from Episode 380, which tells the heart-wrenching adoption saga of a Mormon couple, and God’s Close Up from Season 1 of the This American Life television series, which profiles Latter-day Saint Artist Ben McPherson, and his effort to paint a series of works depicting scenes from the life of Jesus Christ. For those familiar with the program, what are your favorites?

Below are the radio and television segments I’ve identified with a Mormon connection (along with accompanying website blurbs).  All the radio segments can be streamed for free through the accompanying links.  If I’ve overlooked any segments, let me know and I’ll add them.

← At home on Earth, in any corner of the garden
Luke’s Spiritual Journey →

17 comments for “This Mormon Life”