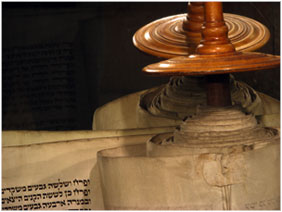 The notes this time are shorter than usual, for which you may well be grateful. I’ve had much more difficulty thinking of verse-by-verse study questions for these chapters.

The translation “judge” is misleading, for it suggests that the person it describes had judgment as his or her primary duty. However, the judges of Israel lived in a time before the powers of government had been separated into anything like legislative, executive, or judicial functions. As a result, “leader” or perhaps even “chief” would be a more accurate translation, for the people that the King James translation calls the judges of Israel were leaders more than they were judges. They were leaders of the groups they oversaw, persons to whom one could go for advice and good judgment, who would consult the law and use it to give wise advice or to make a wise decision—more than someone whose job was to apply the law to a case and render a judgment of guilty or innocent. And when necessary, they might act as a military leader.

In addition, the word “judge” is misleading because of the way we think about law and judgment. We understand the rule of law and the function of a judge under that rule; however, the ancients did not see government as a matter of the rule of law. Of course they knew what laws were. But whereas we understand ourselves to be governed by laws that are created and administered by people, they understood themselves to be governed by people who had the wisdom or the right to make laws, or who had the ability to interpret the previous decisions of other judges and the documents (such as religious texts) that were relevant. In general, the law was what the ruler said, not what he or she administered (though this changes in the direction of our understanding after the Exile). For the Israelites, the judge (whether one of the judges in this part of the Old Testament, or a patriarch, such as Abraham, or a prophet, such as Moses, or a king, such as David, or someone like a tribal chieftan, as in Judges) was only a representative of the true ruler, God (and he or she was also a representative of the people before God). The law was that which God decreed. This means that though we think of law in impersonal, even objective terms, the Israelites always thought of it as coming from a person: the judge, or God, or God through the judge.

Note also that the period between the reign of the judges, with Othniel as the first judge and Samson as the last (with gradually increasing numbers of judges as time progresses), is historically much more murky than much of the rest of the Old Testament.

As we will see in probably every lesson from the Old Testament, as Moses had promised, when Israel was faithful to its covenant, it prospered and when it was unfaithful, it was subjected to its enemies. Compare and contrast this Old Testament pattern with the Book of Mormon pattern of pride and destruction.

The Book of Judges is strange in many ways, not the least of them that the people we find as judges are often not admirable: perhaps Ehud, the assassin (Judges 3:15-22); Jepthah, son of a harlot, a man who acted with incredible stupidity (Judges 11:1, 30-39); and Samson, a thoughtless profligate (Judges 14). In at least one case they are not whom we expect even if admirable: the woman, Deborah. What point is the narrator of Judges making by telling us of these people? The writer is doing more than just recounting the objective history of Israel; he chooses the stories he tells us for a reason. What might it be?

Judges 2:1-5 and 10-16 is a good synopsis of the material in the reading for this lesson. If you were to write one sentence that encapsulated what you see in those verses, what would it say? See also Judges 6:1-8 for another synopsis.

What does it mean to say that Deborah was a prophetess (Judges 4:4)? The word is used in five other places—Exodus 15:20, 2 Kings 22:14, 2 Chronicles 34:22, Nehemiah 6:14, and Isaiah 8:3. Do any of those help us understand what it means? Read what the Bible Dictionary in the back of the LDS edition of the scriptures says about what the word “prophet” means. Does that description preclude women from being prophets? How does our use of the word today differ from its use in the Old Testament?

What is the point of the story of Deborah?

When the angel of the Lord calls Gideon (Judges 6:11-16), why does he call him a “mighty man of valour”? All we have seen Gideon do so far is thresh wheat in a place that he hopes will not be found by the Midianites. What is Gideon’s response? Where have we heard this before? Why does the Lord keep calling men who have what we would describe as a poor self-image (such as Enoch and Moses)? How did the Lord reduce the number of Israelites who were to go into battle (Judges 7:3-7)? Why did he do so (Judges 7:2)?

What specific things can we learn from the story of Gideon?

The story of Samson is not an uplifting story. He betrays his covenants, he marries a foreigner, he breaks his Nazarite vow, and finally kills himself in the act of avenging himself by killing 3,000 people. Why does the Bible not only include it, but also give us a great deal of detail about Samson’s tenure as judge?