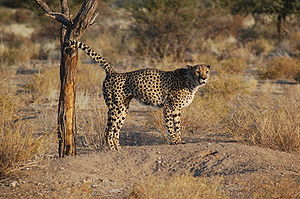 I’m in the final semester of an MBA program at Oregon’s Willamette University. I took a job in California a couple months ago. That means I’ve got a killer commute to class. All that to say that my time for deep, theosophical discourse with my wife is limited to the occasional late-night discussion when we both really should be sleeping.

Generally these discussions rehash the well-worn topics that have occupied our philosophical speculations over six years of marriage. This last week, though, I was caught flatfooted by an entirely new and vitally important doctrinal disagreement inspired by Geoff J’s post on cosmetic surgery: how much power do resurrected beings have over their appearance? Lacking any divinely inspired guidance on this matter, we swam deeply in the sea of groundless speculation. My highly nuanced and sophisticated argument was that, hey, if you’re a god, then of course you can make yourself look however you want. I mean, come on, you’re a god! Her subtly devious defense was that Amulek teaches that we will be restored to our “perfect frame”, which implies that each of us has an eternally unchangeable perfect state which we achieve in our resurrected bodies.

So I throw the question out to the wisdom of the bloggernacle — am I going to be 5′ 10″ for all eternity? Are those teeth-whitening strips going to come in handy on the other side? And is there a divine Weight Watchers out there, for any angels, gods, or spirits-of-men-made-perfect that need to “tighten up” a little bit?

← A Peek Inside the Temple
Taking it to the Third Order →