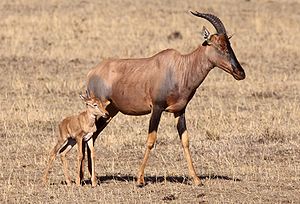 Two thoughts on women and men — apparently I’m on a gender role roll!

1. A girl I know was considering taking a commissioned sales job at a truck stop. She commented to me, “Maybe I’ll wear a tight shirt and a push-up bra. I bet that would help with my sales numbers.” My immediate reaction was, “Don’t sell yourself like that!” I’m told that there is a correlation between a man’s physical height and his achievement in traditional measures of success (fame, fortune, etc.). I’d bet that there’s a similar correlation for women and bust size. So why would I feel comfortable encouraging a man to use his physical traits to advantage in his work, but uncomfortable encouraging a woman to do the same? Is this an issue of modesty? Of distinct gender roles? Or something else?

2. Until recently, women haven’t had a lot of options in terms of acquiring temporal wealth. Traditionally (looking back a few decades), a woman’s financial station was largely (often wholly) determined by her husband’s success in his career. I wonder if this provider/dependent relationship is the source of the stereotypical “nagging wife”. The provider lives in a world of correlated performance and reward. His level of income is more or less tied to his level of work. The dependent, however, doesn’t have the benefit of this “increased effort leads to increased reward” paradigm. Her level of income is more or less arbitrary, and not correlated to her effort as a wife or mother. When the only path to achieving one’s goals is through someone else, I imagine that it creates a lot of motivation for her to focus persistently on the one who can provide for her. Sometimes this comes through as encouragement, sometimes it comes through as nagging or pressure. So I guess my point is that freedom can’t be achieved by only one part of the population. In order for men to be free, women must be free too.

← Zion and the Limits of Intellectual Agrarianism
LDS & Public Square →