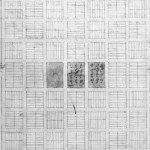 There is a strand of progressive Mormon thinking that associates Zion with an exaltation of agrarian virtues.  I am thinking here of folks like Hugh Nibley or Arthur Henry King or my friend Russell Arben Fox who argue that small scale, local economies, ideally based in large part on agriculture provide the best possible model for building Zion.  At least one way of understanding this line of thinking is to see it as a kind of Mormonization of agrarian thinkers like Wendell Berry.  It is striking in this regard that Leonard Arrington, whose works on nineteenth-century Mormon communitarianism provide the historical ur-texts for much of this thinking, was trained at North Carolina in a progressive economics department then much under the influence of an earlier generation of Southern agrarian thinkers.

Cooperation and trust, are, it seems to me key to the idea of Zion.  If the Lord’s people are of one heart and one mind they must be able to rely on one another and work well together.  Levels of trust and cooperation, of course, are not uniformly distributed across places, times, and cultures.  Robert Putnam, the contemporary guru of social capital theory, famously made his academic name contrasting the high-trust, high-cooperation society in northern Italy with the low-trust, low-cooperation society in southern Italy.

One of the big differences between northern and southern Italy is that the north is commercial and urban while the south is agrarian and rural.  This is not accidental.  As it turns out hunters and traders – stereotypes of heartless, acquisitive individualism aside – have higher levels of trust and cooperation than do that darling of progressive agrarian Zion theorists: the family farmer.  This actually makes a good deal of sense.  Hunting a whale takes a great deal of cooperation compared to say, plowing, planting, and harvesting a field of wheat.  Likewise, a self-sufficient nineteenth-century American farm family was far less dependent on trust and relationships with others than was, say, a clan of medieval Jewish merchants.

Indeed, for all his intellectual debts to the Southern agrarians, Arrington’s tale of Mormon co-operation in the nineteenth century centers around a peculiar accident of agriculture in the Great Basin: the irrigation ditch.  Farming in the Mormon corridor was only possible through complex and capital intensive cooperation of the kind most often associated with manufacturing rather than agriculture.  It is striking that in the more hospitable climate of Missouri and Illinois, Mormon communitarianism focused not on agriculture, but on city building.  Indeed, Joseph Smith recognized the centrifugal, individualistic pressure of agriculture.  The Plat of the City of Zion explicitly combated such tendencies by pushing Latter-day Saints off of their farms and into towns, although to be sure Joseph envisioned that the ultimate economic base of the Jackson County Zion was to be agriculture.

Berry and Nibley, in particular, are fond a presenting a kind of Manichean vision of economic life in which commerce and entrepreneurship are little more than rhetorical cover for rapacious charlatans.  There is, I think, something deeply and genuinely agrarian in this hostility and suspicion.  Ironically, the hostility and suspicion are also an example of the precisely the kind of attitudes that make agrarianism an imperfect fit at best with the idea of Zion.

38 comments for “Zion and the Limits of Intellectual Agrarianism”