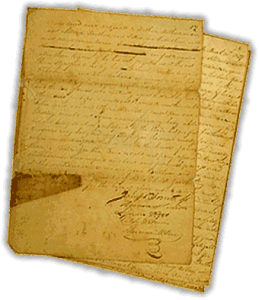 I have been working on a paper looking at the Doctrine and Covenants, and my research has me thinking about how the texts of modern revelation were produced.  I think that there are a lot of Mormons who assume that the words of the revelations in the Doctrine and Covenants were dictated word for word to Joseph.  On this model, the Doctrine and Covenants is rather like the Qua’ran, which also consists of a series of revelations given to a prophet over a period of years in response to concrete historial circumstances.  Pious Muslims affirm that the Qua’ran was dictated word for word in classical Arabic to the Prophet Muhammed and transmitted without error to the present.  Some Islamic theologians have gone farther, declaring that the Qua’ran is uncreated in time.  Rather, it is an eternal emanation of the Divine mind, the Word that was in the beginning with God incarnate in the world.  (There are problems with this story of the Qua’ran’s text of course.  The verses inscribed in the Dome of the Rock, for example, which represent one of the earliest extant Islamic texts vary slightly from the current version of the Qua’ran.)  Despite flirting with it in a couple of places in our scriptures, Mormon metaphysics isn’t especially congenial to such a super-charged version of textual inerrancy, but I don’t think that it is a stretch for many Mormons to see the texts of the Doctrine and Covenants as being inspired word for word.  I don’t think, however, that this is going to work.

According to Orson Pratt, who presumably talked with Joseph about it, the Prophet did not receive revelations word for word.  Rather, he received impressions and ideas which he then clothed with words.  Even this model, I think, is too simple.  It still assumes a simple linear process where God implants an idea in Joseph’s mind and Joseph then writes it down.  I think that the process of composition was quite a bit messier and heterogenous than that.  Consider a couple of revealing incidents.  In 1829, for example, as Joseph and Oliver made their plans for the founding of a new church Oliver produced a text that was to serve as a kind of constitution for the church.  In the end, the text was not used, the forerunner of section 20 taking its place.  The text is written in the first person with the Lord speaking.  On the other hand, large portions of the text are copied from the ecclesialogical materials in Moroni in the Book of Mormon.  I think that the best way of seeing this revelation is as a text that Oliver composed in the first person in the Lord’s voice using previous scriptural texts.  The text was never used, but there isn’t evidence that Joseph objected to the way it was produced or regarded Oliver as doing something different than what he was doing.

Another revealing incident involves the compiling of the revelations for the 1835 edition of the Doctrine and Covenants.  A committee was formed to review the revelations and decide which were to be included and which were not.  Although I can’t cite particulars because my books are in my office, the committee seems to have been passing on whether or not the revelation texts produced by Joseph Smith were in fact inspired.  Interestingly, this was not seen as an all or nothing proposition.  Some were, some less so.  During this process one of the Twelve — William McLellin, if memory serves — insisted that he could write better revelations.  Joseph challenged him to do so, and everyone agreed that he failed.  What is interesting about the event is that the competition between McLellin and Joseph seems to have been in part a literary pissing match, McLellin objecting to some of the awkwardness of the language.  Joseph’s reaction suggests, I think, that he felt his literary acumen as much as his prophetic gifts were being challenged.  In other words, he saw himself as in some way the author of the revelations and saw McLellin’s challenge a s personal sleight.  The presence of the committee, sifting and judging the texts that Joseph produced, suggests that they also understood the revelations as in some sense being authored by Joseph, with their purpose being to judge by the spirit which of these texts was sufficiently inspired to acquire authoritative status.

For example, section 121, 122, and 123 are all taken from a much longer letter written by Joseph in Liberty Jail to the saints scatter across Missouri and Illinois.  Section 122 is entirely in the first person with the Lord speaking.  Section 123 is entirely in the first person with Joseph and his associates speaking to the church.  Section 121 consists of a dialogue between Joseph and the Lord, with verses 1-6 being Joseph’s question to the Lord and the remainder of the section being Joseph’s answer.  When the original letter is read in its entirety, it is far from clear that Joseph is presenting its contents as a revelation — a “commandment” in the terminology of early Mormonism.  That is, he is not saying, “Here is the text of a new revelation.”  Rather it is a public letter.  The dialogue between Joseph and the Lord in section 121 (and continued in section 122) can be read, I think, as a literary conceit.  That is, Joseph is apostrophizing the Lord in his letter and then recording what he thinks would be the Lord’s answer.  After the fact, this literary aria is then recast as revelation and scripture.

I don’t think that there is anything wrong with any of this.  I don’t think that it undermines the Doctrine and Covenants’ claim to be scripture.  It does, I think, raise a couple of issues.  First, I think that it narrows the gap between both personal revelation and prophetic revelation as well as between inspired literary composition and revelatory composition.  Mind you, I don’t think that it collapses these distinctions.  It just narrows them.  As a historical matter, the it seems that at best only some of the texts in the Doctrine and Covenants acquired their scriptural status based on some unique “revelatory” means of production.  Others seem to have been judged after the fact as sufficiently inspired or inspiring to be included in the canon.

Second, it potentially raises questions about how to read the texts.  I am partial to extremely close reading of scriptural texts.  I like to puzzle through the significance of word order, phrases, sentence structure, and the like.  I think, however, that a dictation model of revelation cannot ultimately be defended.  This means that the justification for such close readings must rest on something other than a kind of Qua’ranic awe before the unmediated word of God.

Finally, it raises questions of authority.  This cuts in two directions.  On one hand, this may be troubling for some, as the strong presence of a Joseph as author within the texts seems to make them less divine and less trustworthy.  On the other hand, for those who are genuinely troubled by certain passages of the Doctrine and Covenants, being able to distance God from the troubling texts may be a relief.  Trying to figure out how to negotiate the authority of the text without falling into disappointed fundamentalism on one hand, and on the other a kind of facile religious liberalism that re-interprets the texts into nothing more than a recapitulation of contemporary mores is tricky to say the least.

← The One True Hot Dog Stand
The End of the World →

31 comments for “How to write a revelation”