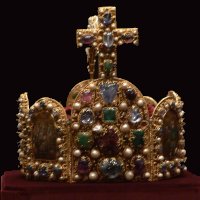 If you think that the textual history of the Book of Mormon includes historical records, then you can’t avoid the possibility that a lot of Book of Mormon scholarship has been looking for the wrong people in the wrong place at the wrong time, and reading the wrong verses.

The problem is that Book of Mormon chronology is anchored in time only by the fall of Jerusalem and Christ’s appearance to the Nephites. But these events belong to sacral history, and their translation into historical chronology is not necessarily transparent. In the same way, the identification of the Nephites as descendants of pre-Exilic Jews depends on 1 Nephi, which is a literary account of an eponymous ancestor that grafts ethnic origins into sacred history. National theophanies and sacralized accounts of ethnogenesis are not the kinds of writing usually given much weight in historical analysis.

And yet Semitic origins and a 600 BC – 421 AD timeline define the current debate about Book of Mormon historicity. I think this is a mistake, and that we needlessly limit what can or must be assumed about where and when the events described in the Book of Mormon could have taken place. It is as if Scandinavian history would focus exclusively on the question of Trojan origins as alleged by Snorri Sturlason, and attempt to date the events described in the Edda with respect to Ragnarök.

Over time, histories get re-written and chronologies get re-arranged from the perspective of the present moment. Consider the example of the Old Testament, which is a difficult source for the history of the kingdoms of Judah and Israel, let alone for earlier periods. Still, the value of the books of Kings and Samuel as historical documents is unrelated to the questioned historicity of the Exodus, let alone the events on Mt. Sinai. If we admit the possibility of the Book of Mormon as a pre-modern historical record, then we have to consider the same kinds of processes that have affected other pre-modern texts, and be prepared to think about the Book of Mormon and its history with the same flexibility.

So the problem of Book of Mormon historicity is not to uncover how Jews came to the Americas, or to find the stone-paved plaza where Christ descended upon the Nephites, any more than scholars of classical antiquity spend their days arguing whether or not Virgil’s story of Aeneas’s escape from Troy really happened, or decrying the lack of Trojan DNA among the Latins. The debate over historicity should focus on the parts of the Book of Mormon that, in any other context, would be recognizable as history. That does not include 1 Nephi or 3 Nephi 11.

34 comments for “Looking for historicity in all the wrong places”