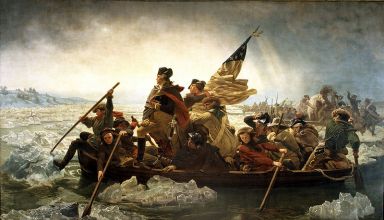 People leave the church because…well, I don’t know. I’ve had a few acquaintances who’ve decided to be done with it, but I’ve never sat down and talked with them about why. If I were to guess, it’s because they discovered things they didn’t like about the church and decided to head out to where things are better. That’s why this article on gender stereotypes and science caught my eye—it’s easy to think that the cultural difficulties we try to navigate in the church are specific to the church. I wonder how many people leave the church thinking, “I’m done with these folks—I’m heading out there where [gays/women/intellectuals/artists] are treated with respect!” only to discover that our cultural biases within the church are largely just reflections of the cultural biases of the world at large.

In the ‘80s, China performed an “Anti–Spiritual-Pollution Campaign”. The nation’s leaders were concerned that the world outside of China was having too much influence on the people inside of China.  The campaign used the term “spiritual pollution” as a catch-all term for a variety of media and beliefs that were feared to be harmful, including modern views on sexuality, philosophy, modern art, and individualism. As is often the case in these sorts of hysterical cultural retrenchments, accusations were leveled, deviants were executed, and then, after the hysteria had passed, the campaign became a taboo topic, not to be discussed inside China and quickly forgotten outside of China.

My point is that the intellectuals, artists, and libertines who feel chafed by cultural strictures in the church may discover that intellectuals, artists, and libertines aren’t necessarily highly appreciated outside of the church either. By the way, what is it with stereotypical associations between sexuality, philosophy, and art? The three are really pretty unrelated, but somehow they all get lumped together as a sort of three-fold path to apostasy—things that right-minded, feet-on-the-ground sorts of people would do better to ignore or avoid, and certainly never discuss. Oh, and haircuts & fashion — that’s a fourth one for the list. But it’s okay, Iran has that one covered.

I still don’t feel that I’m expressing myself very well here, so let me try another example. In high school, I listened to a debate between a fellow student and a teacher over the sinlessness of Jesus. The student (a devout Christian) said that Jesus couldn’t have been sinless, since when He was a baby, He would have cried for milk—and selfish desires (even for milk) are sinful. I remember thinking, “That’s the dumbest definition of sin I’ve ever heard.” My point with this story is that, while I sometimes get frustrated with official doctrinal expositions that I feel are unenlightened or even harmful, when I get into doctrinal discussions with people of other faiths, I come realize that the problem isn’t so much with how the church approaches doctrine and religion—it’s with how humanity today approaches doctrine and religion.

I don’t mean to write any of this as a way for us to excuse ourselves for our failings. To say that we’re not any more oppressive or reactionary than China and Iran certainly isn’t high praise for us. We have plenty of work to do if we plan to build the kingdom of God in a way that is truly representative of God’s love, intelligence, and joy, and of His expansive, inclusive, compassionate approach to His children.