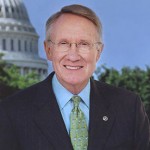 Its that time of year again. The media are already reviewing the important news stories of the year, Time will soon select its Person of the Year (one Mormon — Glenn Beck — has been nominated this year); so we should get busy selecting the Mormon of the Year.

For those who don’t remember, T&S selected Mitt Romney as the Mormon of the Year for 2008, and Harry Reid for 2009. As in the past, the choice does not mean that the person is a good Mormon or even a good person. This designation is solely about the impact the person has had.

I think the ground rules are basically the same as in the past (suggestions about changes to the rules are welcome – we try to improve the rules each year):

Please do not try to  vote YET!! We’re just calling for nominations at this point. Voting will begin January 1st.

When you nominate someone, please provide a link to somewhere (such as wikipedia, news stories, etc.) where we can get further information on them). AND, please give us some rationale for why you think this person should be Mormon of the Year. We will also look at the number of hits on Google News (http://news.google.com) that each nominee has.

You can make nominations in the comments to this post until New Year’s Eve. During that time, we will try to post profiles of the major nominees. If you would like to submit your own profile of any nominee not yet profiled, we will consider posting it here. We hope that these profiles will provide additional information on the nominees.

Starting January 1st, visitors to Times & Seasons will be able to indicate their preference in an online poll. However, the final selection of Mormon of the Year will be made by the permanent bloggers here on Times and Seasons. There is no prize or award associated with this selection, nor will we make any formal presentation or even notification to the person or persons selected.

I look forward to seeing the nominees and selection this year. An election year in the U.S. always leads to new faces in the news, Mormons who have had a great impact or influence on Mormons and Mormonism during 2009.

Here are my own nominations:

As of January 1st, we have closed nominations and comments to this post. Please see the poll post to vote and make further comments.