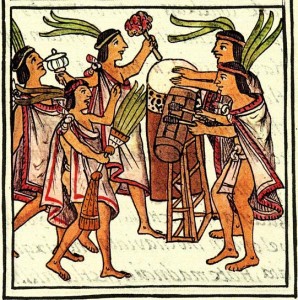 I was recently called to teach the 10 & 11 year olds in Primary. They’re a great class — smart kids and good energy. It’s been a long time since I’ve had the opportunity to enjoy listening to (and singing) the Primary songs.

Last week we sang every kid’s favorite Primary standby, “Book of Mormon Stories” (well, it’s either that, “Popcorn Popping”, or “The Oxcart”…I think we sang “The Oxcart” as our opening song for every FHE for eight years straight). Everyone was doing the hand motions, but when we got to, “are about the Lamanites in ancient history,” I noticed that only about half the teachers and students did the old “Indian feathers” two fingers behind the head.

Now, I know that there are plenty of good reasons not to do the feathers, and I expect they’ll be culturally phased out in the next decade or so, so I was wondering if this change is a local or global phenomenon. Any other Primary teachers out there ready to investigate and report the status of “Indian feathers” hand signs in your local Primaries? Any suggestions on a hand motion that could be used to replace them?