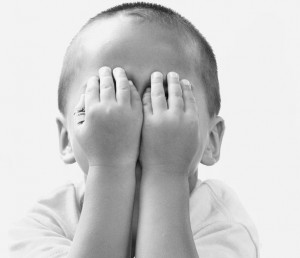 In the introduction to his Faith, Philosophy, Scripture (Neal A Maxwell Institute, 2010), Jim Faulconer gives us a kind of typology of religious subjects.

Imagining the different kinds of responses he might get to the difficulty of his philosophically inclined essays, he picks out four basic types.

1. Those who enjoy a kind of childish naivete.

Those with childish faith will find what I say difficult because it makes the obvious difficult. They are likely to be bored or, at best, indulgent of me, and their reaction is the right reaction. I have nothing to say to those who are naive in a childish way because anything I say would be superfluous. (xv)

2. Those who enjoy a kind of mature naivete.

Those with more mature, childlike faith have moved from their initial naivete to one that knows the obstacles to faith and has faith anyway – not necessarily in spite of those obstacles, but aware of them and able to cope with them. Often those who have a second naivete are aware of the problems but do not find them problematic, though perhaps once they did. It is as if they do not care because their faith has made them secure. I especially like to read the work of those in their second naivete, or listen to them speak, but what they say is not philosophical. It if were, it would not be naivete. The second kind of naivete is better than philosophy since philosophy is more like adolescence than childhood. (xv-xvi)

3. Those who suffer a dangerous naivete.

Another group of readers may find what I say difficult because it invokes difficult concepts and calls the ordinary way of thinking and speaking of things like faith and scripture into question, offering a different vocabulary, and they are afraid to have their ordinary concepts and vocabulary questioned. Those in this group have a dangerous naivete. In the face of the difficulties any child soon encounters, in the face of evil and indeterminacy, they have given up their childish faith and turned to “what everyone knows.” Sometimes what everyone knows is what everyone in the church knows. Sometimes it is what everyone in a particular culture knows. Sometimes it is what everyone in a particular profession knows. There are many ways to succumb to “what everyone knows.” Those with this kind of naivete assume the values and ideas of their history and culture without question . . . . Unaware, they mingle scripture and the philosophy of men – the ideas that most people in our time and culture take to be true. They are fish that do not know the water they swim in . . . .  I am sometimes one of them. (xvi)

4. Those who knowingly suffer their philosophical adolescence and just find Jim’s book to be poor philosophy.

[They] may find what I say difficult mostly because of my shortcomings. I may have made the simple unnecessarily difficult. I may not express myself as well as I should. (xvi-xvii)

I don’t want to freight Jim’s comments here with an expectation of systematicity that’s probably not appropriate, but the frame is productive. A couple of notes follow.

1. There is a “developmental” quality to this typology. Jim uses language like childish, adolescent, and mature to describe the types of readers and there seems to be an implicit chronology: from childish to dangerous to self-aware to mature.

2. Notice, though, that Jim does not treat the childish naivete as something that needs to be fixed or overcome. If you lose it, then you’ll have to push through all these developmental phases. But if you’re not forced to suffer this particular detour, then perhaps all the better for you. This is not the only kind of development, nor the most important. Not everyone will tread this path.

3. To put the issue more starkly: can you become a god without ever having moved through these particular developmental phases, without ever being a “philosopher”? I suspect the answer is yes . . . but probably not if you’re reading this.

5. Jim describes himself as fitting into more than one of these categories. Sometimes, he says, he finds himself exhibiting a dangerous naivete. Certainly he belongs to the category of self-aware philosopher. And, on his own account, he exhibits a mature naivete. Even if there is a developmental quality to these types, are they still also like roles, habits, dispositions that may vary depending on our focus and circumstance?

6. It appears that the developmental shift from being a problematized, self-aware philosopher to enjoying a mature naivete doesn’t have much to do with philosophy. That is, philosophy is not what accomplishes the transition. Perhaps it is, at best, a kind of lubricant. What does, then, accomplish the shift? What is its character?

7. Philosophy seems to be primarily good for helping us to move out of a dangerous naivete and into a position of greater self-awareness. It does this helpful thing not by giving us answers but by throwing “what everyone knows” into question.

Notice, though, that the shift to a mature naivete does not involve the overcoming of such questions. Rather, it involves a fundamental change in our relationship to these questions – which, perhaps, is why it deserves to still be called a kind of naivete.

8. If you’re struggling with a dangerous naivete or floundering in self-aware ignorance, know that there is something more – a mature naivete. This mature position remains a naivete – you won’t solve the problem by finally getting all those answers that you want! – but even if you can’t go back, you can go forward.

And the essays in Jim’s book just may help.

18 comments for “Faith, Philosophy, Scripture: A Typology of Readers”