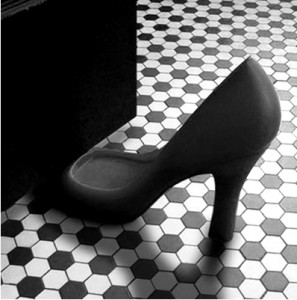 We like to shut doors. Jim’s book is a doorstop. Quick! Wedge it in.

More than teaching a particular doctrine or suggesting any particular solution to a philosophical or theological problem, the book gave its readers permission to think about these kinds of problems, to read the books listed in its many footnotes and books like them. . . . By writing Eternal Man, Truman Madsen said to me – and, I believe, many others – “Take seriously the admonition of the Prophet Joseph Smith that introduces chapter two: ‘When things that are of the greatest importance are passed over by weak-minded men without even a thought, I want to see truth in all its bearings and hug it to my bosom.'” Reading Eternal Man made me not want to be one of the “weak-minded.” The book gave me an intellectual goal and told me that my new goal was not only commensurable with my faith, but an expression of it. Reminding us that Joseph Smith described the gospel as requiring “careful and ponderous and solemn thoughts,” Madsen said, “A related kind of authority is needed in this realm. It is what, in the vernacular is called ‘room to talk.'” (21)

Given today’s hypersensitivities of various kinds, such room to talk is as difficult to come by as it ever was. Some recognizing that current trends of thinking are not consonant with the gospel (as if they ever were), think that we should shut our eyes and ears to such things and that, especially, we should not speak of them to the young for fear of corrupting them. Others think that it is enough merely to repeat conventional wisdom about the gospel or, perhaps, even merely to repeat the truths of the gospel. For them, repetition without investigation is enough to answer all questions. A few others, convinced that this or that seemingly new-fangled notion is, at last, the answer to our problems and questions, would either ignore the gospel or twist it into a shape that fits better their newfound intellectual faith. But all of these kinds of problems respond to the difficulty of the intellect with one kind of dogmatism or another. They shut the door on any room to talk. (21)

In part, Jim’s book, Faith, Philosophy, Scripture, matters because it is a rare entry in that practically non-existent genre that Truman Madsen’s Eternal Man defined. Where are all the others?

Every generation needs this and it needs this from someone who is alive.

We need to pick up the pace. Jim’s not as young as he used to be and one or two books per generation is not going to be enough.