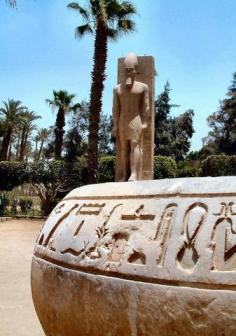 A couple years ago I was reading up on Egyptian hieroglyphics just for fun. Okay, so it was just one book, and I’m in no way qualified to write anything about hieroglyphics, but I’m not going to let that stop me! :)

The book I was studying from identified three different Egyptian words for priest: wab, hm-ntr, and hm-ka. They kind of translate to pure-person, god-person, and spirit-person, respectively.

The book didn’t go into any detail about the relative roles of the three, but the names got my imagination rolling. In modern America, I suppose that our archetypal image of a priest is some combination of these — a pure person who communicates with God and has an understanding of the spiritual nature of things. However, I think that in particular belief systems, one of these aspects is usually dominant over the others.

In non-evangelical Protestant Christianity, it seems that the priest is closest to the “wab”, or pure-person. He is a pastor, an upstanding, moral individual who guides his flock with encouragement and example. He’s not necessarily personally acquanted with God or the spirit world, like the hm-ntr and hm-ka, but he does study about these things from the scriptures and tries to relay them to his congregation.

The Restoration movement, both within the LDS church and in other “spiritual gifts” movements, like Quakerism and Pentacostalism, claimed that man could, in fact, know God for himself. The hm-ntr-style priests (or prophets, as is perhaps more accurate) sought direct revelation beyond the words of the scriptures. Joseph Smith, of course, falls squarely here, as he often contrasted himself against the wab-style priests of his day, with their sanctimony and righteousness.

The hm-ka, or spirit-person, seems to be represented best in the new spirituality-without-organized-religion movement. Gurus, shamans, and neo-pagan priestesses all act in this role of spirit-guide.

I think it’s interesting to look at the American mainstream sequence from wab to hm-ntr to hm-ka, and to see how it plays out in the LDS church specifically. As the church has moved toward emphasizing its conventional Christian-ness, our priesthood function seems to have moved from hm-ntr to wab, at least in public appearance.

So as you consider your own relationship to God, would you classify yourself as a wab, hm-ntr, or hm-ka?

← The Failure that Was a Success: How My Son’s Losing the Spelling Bee Was One of the Proudest Moments of My Life
NT Sunday School Lesson 5: John 3-4 →