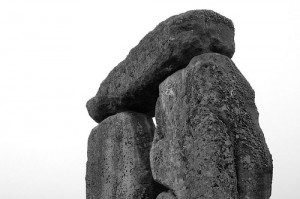 Mormons are metaphysical heretics, backward pagans, country bumpkins, who claim that the world, rather than being one, is fundamentally many.

We’re metaphysical pluralists and so break with the creeds. Unity is a product, not a starting point. God the Son is not God the Father and (moreover!) all intelligences are uncreated and co-eternal with God. As a result, rather than being reassuringly antedated by the simplicity of a Divine Will or the uniformity of a Providential Reason, we’re preceded by the mystery of a material plurality that is always already given.

In this scenario, faith is a different kind of thing. Unlike many versions of creedal faith, pagan faith is no temporary, stop-gap measure. Pagan faith is eternal and, in a pagan universe, even the Gods must have and keep faith. Faith is not the foil of a (lost or future) knowledge, but the ageless bedrock of any trusting, active, and moral engagement with an uncreated world.

Pagan faith originates in response to the plurality of calls that precede it. The world calls out and faith responds. It trusts and answers the world’s calls to be responsible for itself.

Pagan faith attempts to faith-fully respond to the people, worlds, and Gods that call it to account for its existence and actions. Out of this attempt to give a faithful account, reason is itself born. Responding to these calls, offering an intelligible account of its reasons before the bar of a shared and plural world, reason gives voice to a primordial faith that it cannot supplant.

Here, reason is not the boss of faith, but its perennial amanuensis.

In Faith, Philosophy, Scripture (Maxwell Institute, 2010), Jim Faulconer gives an subtle and penetrating account of faith and reason that, in this vein, draws on both the orthodox Jewish philosopher, Emanuel Levinas, and that arch-pagan, Martin Heidegger. Recognizing with Levinas that saving faith opens in response to an ethical call that precedes it, Jim nonetheless argues that, as Mormons, we ought to ultimately side with Heidegger’s “pagan” account of this call to responsibility as complex rather than simple:

Levinas’ understanding of matters is more in line with traditional theology and its supposition of the creation of the world from nothing. The consequence of such an understanding is that the world itself and the things in the world do not have their own existence, so they do not have power to show themselves to us, to reveal something. If the world is created ex nihilo, then revelation comes from God in toto and, ultimately, he is the only supplement of reason. But Latter-day Saint belief rejects the notion of ex nihilo creation and, so, implicitly includes the idea that the things of the world have power of their own to reveal themselves. Though all things are dependent on God for their existence in the organized world as what they are and, so, all point to his existence (Alma 30:44), each thing also has an aspect of independent existence and, so, the power to show itself (D&C 93:30). The appearing of the world is not reducible to will, neither to that of the Divine nor to that of human beings. Heidegger’s so-called pagan understanding of the world as existing, in some sense, in itself, is more useful to Latter-day Saint thinkers than is Levinas’, though the latter does much to help us understand reason as a response. (45)

From pagan faith, there is no relief. Intelligences, existing partly “in themselves” rather than simply “in God,” forever withdraw from our attempts to totally know them or totally control them. It is this general reserve that calls us to be both faithful and trusting. And it is this reserve that, forever and forever again, calls forth reason as a supplement, however meager, to our pagan faith.