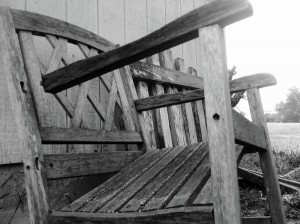 It’s unlikely that I believe the right things about God, Jesus, the gospel, or the Church. It’s even less likely that I could express my beliefs in a coherent and justifiable way. I used to think that, because my ideas were clever, I was at least closer to being right than most. This I took as a consolation.

But cleverness isn’t much to live on. God, I think, has been working to pry this cleverness from my cold, dead hands. I have felt God more than once pushing me to echo Meister Eckhart’s deeply orthodox prayer: “I pray to God to rid me of God.” In the midst of such a prayer, the wind stops howling and God bestows a terrifying calm. In this stillness, God gives a precise revelation that bypasses belief and instructs practice.

Perhaps it is no suprise, then, that so many Mormon beliefs are so unsettled. As Jim Faulconer notes in Faith, Philosophy, Scripture (Maxwell Institute, 2010),

relatively few of what are often described as the beliefs and teachings of the Church of Jesus Christ are required of its members, and even fewer beliefs have a generally agreed-upon rational explanation or description. Yet most Latter-day Saints are not bothered by the absence of official theology – and the leadership of the church seems not to be looking to fill in that absence. (91)

The centrality of practice to Mormonism and the priority of continuing revelation combine to encourage such open-endedness.

To be a believer is to respond to God’s saving activity with repentance and in rebirth and with tokens that testify of God’s saving power. One can do that and, at the same time, have some, perhaps many, false beliefs. But if the exemplary pious person can have false beliefs about his or her religion, then belief cannot define what it means to be religious. The locus of religion is practice rather than belief, though particular beliefs are often inseparable from practices. (96)

The gospel has little to do with my being right. Rather, in relation to God, the gospel unfolds as a precise revelation about the way in which I ought to be wrong.

The gospel instructs us in a certain way of being imperfect.

In scripture and prophetic teaching, the question is not “What can I know?” and, so, “What can I master?” but “How should I be?” and “What should master me?” In them, knowledge means being related to others and the world, in experience and acquaintance, in the right way. (100)