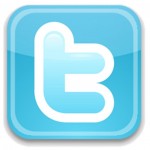 After years of ignoring/making fun of it, I’ve finally gotten into Twitter. It lets me keep up with the people that I’m not close enough to to friend on Facebook. It also has cool feeds for things I’m interested in, but wouldn’t follow otherwise (like the new MESSENGER probe to Mercury and Cassini on Saturn. I love getting updates from our exploratory spacecraft! ).

Once I got into it, I started looking for my bloggernacle friends and idols. I discovered (a) that it’s not easy to find people on Twitter, and (b) that in spite of the great Mormon blog presence, I’m not seeing a Mormon Twitter presence. So I’m putting this post up as a “bloggernacle Twitter directory”. If you have a Twitter account and you want to let people know about it, put it in the comments below.

23 comments for “The Mormon Twitternacle”