This Saturday, the world is going to end. At least, a few folks seem to think so. Why?

The idea comes from a dizzying combination of numerology (looking for special hidden numbers which God has placed as clues) and eschatology (discussion of the end of the world). In recent years, these kinds of claims have come up every few years — for instance, prior movements claim to have found hidden numerical clues indicating that Jesus would return in 1988, or 1994. Of course, each of the earlier movements predated the projected event, but not by much. Indeed, these sorts of movements typically project a very short time horizon for the Second Coming.

This year’s specific account is based on complicated calculations using numbers pulled from Bible verses in a rather ad hoc manner. First, you add up the ages of the patriarchs in the Old Testament to arrive at a date for Noah’s flood: 4990 B.C. Then, you add 7000 to that number, because God will let the world exist for one week after the flood, and because one God Day = 1000 years. Then, you add 23 to that number, because that is Michael Jordan’s jersey number. 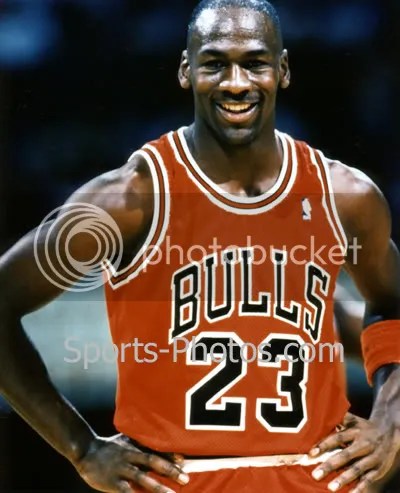 Okay, I made up that last part. You add 23, because that is the scriptural time period of tribulation. There is a lot of detail to the overall account, which divides history into periods of tribulation, a period for the church, and a lot more. (For one nifty chart, see here. For detailed math and scripture verses, see here.) Seriously, the charts are pretty cool.

And don’t get things mixed up. The end of the world isn’t happening on Saturday, that’s just the Rapture, during which the righteous will be taken to Heaven. The rest of us get to hang out for another five months, until the real End of the World this October.

As Kevin Barney notes, this is a dangerous game to play. On the one hand, the very short time window has the effect of galvanizing followers — it’s important to act Right Now because Jesus is coming very soon. On the other hand, there is the inevitable letdown when the projected End of the World doesn’t pan out. These movements tend to be defined by repeated recalculation.

Mormons have their own history with this kind of discussion. As scholars have pointed out, early church members held very millenarian views. Those views helped shape the course of the early church; Milton Backman summarizing Grant Underwood writes that “the Saints’ belief in the imminence of the Second Coming and the peace that will follow helped them endure some of the trials they encountered in northeastern Ohio and western Missouri.”

Did early saints look toward a specific date? That depends on who you ask. As Kevin notes, a somewhat ambiguous-at-the-time answer is found in D&C 130:

I was once praying very earnestly to know the time of the coming of the Son of Man, when I heard a voice repeat the following: ‘Joseph, my son, if thou livest until thou art eighty-five years old, thou shalt see the face of the Son of Man; therefore let this suffice, and trouble me no more on this matter.’ I was left thus, without being able to decide whether this coming referred to the beginning of the millennium or to some previous appearing, or whether I should die and thus see his face. I believe the coming of the Son of Man will not be any sooner than that time.

This would give the early saints a loose target date of 1890; however Joseph Smith’s death in 1844 would mean that all bets were off.

President Smith then stated that the meeting had been called, because God had commanded it; and it was made known to him by vision and by the Holy Spirit. He then gave a relation of some of the circumstances attending while journeying to Zion—our trials, sufferings; and said God had not designed all this for nothing, but He had it in remembrance yet; and it was the will of God that those who went Zion, with a determination to lay down their lives, if necessary, should be ordained to the ministry, and go forth to prune the vineyard for the last time, or the coming of the Lord, which was nigh—even fifty-six years should wind up the scene.

(Apologists argue that this was a mistaken transcription.)

In any case, Mormons seem to have moved past their millenarian roots for the most part, but millenarianism still raises its head every few years: Bruce R. McConkie compiled a lengthy list of Signs of Second Coming in Mormon Doctrine; Cleon Skousen advanced his own arguments, some of them recently revived by Glenn Beck. And of course, there is always That Guy in Elders quorum, who makes vague predictions of doom.

There’s a reason why the church as a whole moved away from its millenarian roots, however. Doomsday movements are not particularly stable. And they can lead people to do irrational things. One NPR story discusses the behavior of folks in the current movement:

Joel says they’re spending the last of their savings. They don’t see a need for one more dollar. “You know, you think about retirement and stuff like that,” he says. “What’s the point of having some money just sitting there?” “We budgeted everything so that, on May 21, we won’t have anything left,” Adrienne adds.

This makes sense if the world is really about to end. You want your last check to bounce, right? But it’s also behavior with leaves adherents unprepared for a world which continues to exist after the cutoff date.

My bet is that this particular movement will prove illusory like the ones before it, and we’ll all still be here on the 22nd. But as I see it, it’s a win-win. If I’m wrong, then we get five months of blogging without any interference from the righteous. And if I’m right, then we can stop talking about the end of the world for a while — at least until the Mayan calendar turns over in 2012.