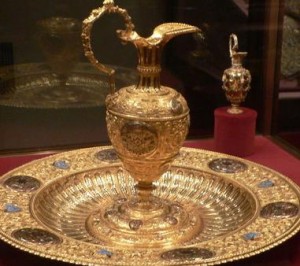 Now that I’ve moved to BYU-Idaho, I occasionally (read: yesterday) get asked interesting questions when I’m at professional conferences, like: “How are you adjusting to life without caffeine?”

To answer that question, I could have selected from a few different ways to bring the conversation to a sudden and awkward conclusion:

1. “In fact, the prohibition on caffeine is a folk doctrine (despite occasional statements by General Authorities to the contrary) that has entered the popular imagination, owing to what is an authoritative injunction against the consumption of coffee (including decaf) and tea (black and green, but not herbal). I believe the history of this teaching has been traced in a Dialogue article. Could I send you the bibliography?”

2. “While caffeinated drinks such as coffee and tea are proscribed, during my two-year missionary service I often accepted caffeinated cola drinks from generous people after I had declined their offers of wine, beer, and coffee. Would you like to know more about the missionary program of the church?”

3. “Oh, well, I sometimes still have caffeine. I know this might make me seem not so uptight as most Mormons, but sometimes I like to let it hang out a little.”

Instead, I opted for:

4. “I have only known life without caffeine.”

This proved to be a nice way to keep a pleasant and productive conversation from crashing to a halt. The main drawback of this response was that it wasn’t true. At that moment, I had a suitcase back in my room stuffed with some high-percentage chocolate containing appreciable amounts of caffeine.

(Kalamazoo has an Aldi, a discount grocery chain based in Germany that is a reliable source of excellent German chocolate at bargain prices, and we hadn’t seen one since moving west almost a year ago. So the day I arrived, I undertook a pilgrimage of two miles on foot to the store – but I felt as if I should have been on my knees, confessing along the way: ‘Yea, I have sinned the sin of ALBERTSONS against thee; lo, my heart hath gone after the strange idols of WALMART…’ I am now returning with a suitcase full of relics for my family. Aldi also had Nürnberger Bratwurst for sale, which I couldn’t cook and consume on the spot or bring back with me; sometimes relics cannot replace the real presence. Twice a store employee asked me how I was doing and I said ‘fine,’ when in fact I was having a quasi-religious experience. But I digress.)

For the truth of the matter is that neither I nor the person I was talking with were interested in moralized nutritional chemistry or in measuring my Mormonism by the microgram. Instead I wanted to indicate, simply and painlessly, that I happily self-identify as a Mormon, including with respect to the current boundary-markers of Mormonism. I sacrificed the smaller point to the cause of expressing a larger truth.

But I still feel uneasy about shaving corners off of complete accuracy, so if that person is ever curious if I have actually avoided all forms of caffeine, they can google me and find the truth, although the truth might make them flee.