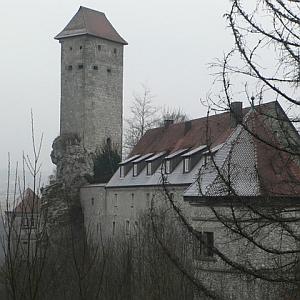 Even though most Americans are thousands of miles from the nearest palace, fortress, or castle ruin, the European Middle Ages continue to play an outsized role in our imaginations (see: Disneyland, Hogwarts, Helm’s Deep). From the Clash of Civilizations to the Campus Crusade, the Middle Ages still provide us with ways to think about the world.

Except in Mormon discourse. For us, the Middle Ages is largely limited to a “Great Apostasy” that is virtually interchangeable with the “Dark Ages” narrative: the common (but largely mistaken) notion that the Middle Ages were 1000 years of disease, violence, barbarous ignorance, popish corruption and feudal oppression (think: orcs with crude iron weapons shuffling towards the hamlets of Gondor), an ugly blot on the timeline between Rome and the Renaissance . While the Dark Ages narrative is quite common in society at large – see the wholly incorrect designation of violent jihad as ‘medieval Islam,’ or calls for an ‘Islamic Reformation’ – the Middle Ages are invoked in several other ways as well, including for sacral warfare (the Crusades), national origin (Charlemagne and Alfred the Great), rustic pastoral idyll (Hobbiton) and cultural, scientific, spiritual, and artistic union (the Cathedral).

These narratives are largely absent from Mormon discourse (which we’ll define here as “something you are likely to hear in General Conference, read in the New Era, or hear during Sunday meetings”). At the same time, these narratives are too useful to Americans to disappear entirely, or to be simply overwhelmed by the Dark Ages/Great Apostasy narrative. Where have the Mormon Middle Ages gone?

The functions of these narratives have, I think, been displaced from the Middle Ages to other times and places. Such as:

The Book of Mormon. If you want to see a good example of an oppressed band of Christians beset on all sides by heathen invaders who are divinely sent to admonish Christians to unity and faithfulness, you can read any number of medieval chronicles or epics, such als Wolfram von Eschenbach’s Willehalm. Or you can read Alma. For embodying sacral warfare, Charlemagne’s paladins have nothing on Helaman’s stripling warriors. Moroni’s Title of Liberty would not be at all out of place in the legends of Charlemagne’s foundation of the chivalric code in binding his knights by oath to defend their religion, their land, and their people. Thanks in no small part to the iconic images of Arnold Freiberg, the Book of Mormon occupies a thoroughly medieval part of our imaginations.

Nauvoo, Far West, the Mormon Trail, and early Utah. The Mormon past and current Mormon discourse have a surplus of Golden Ages where life was (supposed to be) simpler, the political direction of society was still married to its spiritual direction, pioneer children sang as they walked, and Mormon communities had a tabernacle for dancing, concerts, and worship. The Middle Ages get re-enacted today in passion plays, pilgrimages, and Renaissance fairs; Mormons have pageants, Nauvoo, and handcart treks. The European landscape is dotted with medieval ruins as monuments to a lost age in much the same way that the American west bears the remains of pioneer structures (and where ruins of either kind are lacking, they can be constructed from scratch).

The Present. What the Middle Ages offered to their Romantic admirers was a sublime artistic authenticity, above all in the cathedrals that united architecture, sculpture, painting, and music. Although the austerity of our chapels would pass inspection in Calvin’s Genevan, Mormon temples embrace the union of art and spirituality. The ways that monasticism is and has been depicted and deployed – ranging from spiritual idealization to artistic awakening to sexual objectification to vilification – maps fairly neatly onto discussions of the Mormon missionary experience, for good or ill.

Most Americans populate their imagined Middle Ages with dwarven architecture, elven wisdom, orcish oppression, and horse-borne warriors of Rohan. But for Mormons, all but the orcs have left Middle Earth, headed West in covered wagons.

← Numbers
Who reports crimes confessed to a Bishop? →

17 comments for “Where are the Mormon Middle Ages?”