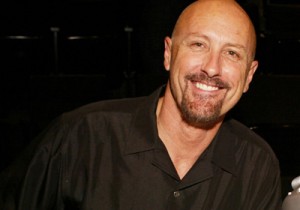 A decade ago I compiled a list of the world’s wealthiest Mormons, based on the annual Forbes lists of the World’s Billionaires and of the 400 Wealthiest Americans. At that time there were 7 on the list, down from 8 the previous year. Now only 4 of these are left on the list.

If there are fewer Mormons on the list of the World’s Wealthiest, I think it might be a good thing.

In the most recent list, the four remaining are (out of 1,210 billionaires worldwide):

It is perhaps surprising for some that Huntsman, after being ranked so high on the list, has dropped off, perhaps due to the economy (Huntsman Chemical seems to have been sensitive to economic swings), Huntsman’s charity and perhaps to dividing up the fortune among the 9 children in the family. As I understand it, Huntsman Chemical is now largely run by son Peter Huntsman.

It occurred to me at one point that the percentage of Mormons on this list might be some kind of estimate of how important wealth is to Mormons — Mormons are 4 of 412 Americans on the list, which is less than 1% and less than half the proportion of Mormons in the general population. But, I’m not sure that I have everyone on the current list who is Mormon, and on the list a decade ago Mormons seem to be overrepresented, so I don’t think that this is a good measure.

As for whether or not we should care, I don’t think we should make too much of it. This is an affinity list, no different from a list of football players who are Japanese or politicians who are or were Sikh. Personally, I find it interesting to know who is Mormon, but I don’t think it means anything about Mormonism at all. I also don’t think that the Yankee’s winning means much of anything about New York City (other than perhaps that there are a lot of fans here, making it possible for the team to pay high prices for players).

I have come up with one way that affinity information might be useful. In some cases it gives us a way to connect with friends and neighbors and get the conversation to Mormonism. If your friend is a baseball fan, it might help knowing what baseball players are Mormon.

Of course, I suspect many of you will disagree and suggest that these lists are not worthwhile. Make your case.

33 comments for “Who is the World’s Wealthiest Mormon? Should We Care?”