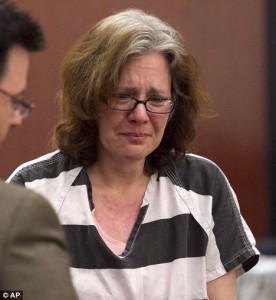 Last week the Pinal Arizona County Attorney decided not to charge two LDS Bishops with failing to report the sexual abuse of a minor in the case of LDS Church member Susan Brock, who is now serving a 13-year prison sentence for the crime. While I tend to agree with the county attorney’s position on the bishops, I have to ask the question, who should have reported the crime and when?

Brock confessed the crime to her bishop last October 9th after her teenage victim’s girlfriend discovered sexually-charged texts on the victim’s phone. The girlfriend told her parents, who called Brock’s husband, Maricopa County Supervisor Fulton Brock, leading to Susan Brock’s meeting with the Bishop. Brock’s Bishop, Matthew Meyers, then contacted the victim’s bishop, Troy Hansen, on October 12th or 13th, who met with the teenage victim and his parents on October 19th. According to the police, both Bishops contacted the Church’s law firm, Kirton and McConkie, as directed in the handbook (as I understand it), and evidently received advice from the attorneys there.

Bishop Hansen’s meeting with the teenager and his father disclosed the full extent of the abuse, but also left the issue of reporting the crime to the police up in the air. The victim’s father, according to police, was told that “things were being done,” and “it was going to be dealt with.” But an LDS Church spokesman disputes this account, and says that “Church leaders worked effectively within the law, and with those involved, to facilitate prompt reporting to police” and claimed that the Bishop urged the teenager to report.

However, the victim’s father waited several days, and then told police that they were “waiting for what seemed like forever for someone to knock on their front door.” After the teenager and his father filed their complaint October 22, Susan Brock was arrested October 26.

It does seem kind of strange that everyone (all the Brocks, the victim and his family and the victim’s girlfriend and her family are all LDS) involved in this case seemed to go exclusively to each other and to local Church leaders and not to the police. Who was supposed to report the crime? And if it was just the victim, why would the victim’s father think that the Bishop would take care of this?

I assume that the advice the Bishops received from the Church lawyers was that they didn’t have to report — i.e., that they should not violate the confessional. The victim’s Bishop learned of the abuse from Brock’s confession to her Bishop, making his knowledge part of the confession. Since I want the confessional protected, I can accept that position. And, it looks like the Pinal County Attorney has effectively supported that belief.

But, what about the others? Even though the victim’s girlfriend and her family didn’t have very good knowledge, it sure seems like this would be the kind of suspicion to report to the police. And surely the family of the victim should take this directly to the police in addition to the Bishop?

I have to wonder if some part of our culture believes that crimes like this should be kept from the police, that we should handle the issue inside the Church. If nothing else, this case shows that such an approach is not always wise.

It is, of course, very possible that there are details of this case which have not yet come out. That somehow there are reasons for why each of these people did what they did. But I’m still left with questions about who was supposed to report and when.

← Where are the Mormon Middle Ages?
Does Gender Matter? →

61 comments for “Who reports crimes confessed to a Bishop?”