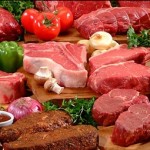 Which revelations we cherish and consider central, and which one’s we sideline and (sometimes literally) forget is surely a result of a complex host of variables. Local culture and politics are obviously a huge deal. The Word of Wisdom is a revelation that is particularly interesting given the way in which we both obsessively focus on and selectively forget it. Mormons are known for the Word of Wisdom the way Jews are known for kosher. It’s part of our temple recommend. But culturally the Word of Wisdom does not mean D&C 89, but only a small list of proscriptions. We forget the rest. This focus/forgetting effects not only our interpretation of the revelation, but also the way that we view our history – Joseph’s enjoying a glass of wine in Carthage or Brigham’s chewing tobacco for his toothache aren’t well known facts and certainly don’t make for good discussion in polite company.

There’s a lot to say – both about this phenomenon and about the Word of Wisdom itself – which I’m not going to say here. Instead, I’m going to quote Mark Bittman, give a hearty “hurrah!” for the revelatory insights of the Word of Wisdom (something Church pulpits and PR ought to be doing as well), and then ask questions for ya’ll to debate.

90 percent of the animal products we’re offered . . . [are] produced badly, they cause immeasurable damage to both our bodies and the earth, and — compared with the real thing — they don’t taste that good. In limited quantities, [ahem…sparingly?] meat is just fine, especially sustainably raised meat (and wild game), locally and ethically produced dairy and eggs, the remaining wild or decently cultivated fish. No matter where we live, if we focused on those — none of which are in abundant supply, which is exactly the point — and used them to augment the kind of diet we’re made to eat, one based on plants as a staple, with these other things as treats, we’d all be better off.

Taking a serious look at “conspiring hearts” in international agribusiness, in the dysfunctional but politically untouchable farm bill, in unhealthy food subsidies everywhere, in the supplanting of family farms with factory farms, and given the overall impact (on our health and the environment) of the developed world’s meat consumption, one can only cry “Hallelujah!” when one reads Section 89. Here is the voice of a prophet, declaring the wise path to the world long before that path became conspicuous common sense. I’m grateful for these words that can indeed only be called wisdom.

Why then, is there such a jarring discrepancy between our revelations and our practices on this issue? What is it that makes Mormons known for funeral potatoes and jello rather than for fruits, vegetables, and whole grains? As a people, why don’t we live up to the lines of our scriptures and hymns and “eat but a very little meat!” (put another way, why is it that Brazilian BB-Q made it’s US premiere and continues to thrive in Utah)? Why don’t we lead the way in terms of healthy and sustainable dietary practices? Why aren’t we known – even amongst ourselves – for our prescriptions rather than merely our proscriptions?

Or, to ask more generally, why are we religious folk so eager to give evidence to those dismissive of religion, that our religion in actual fact makes very little difference to our lives and values? For example, why isn’t the default Christian position pacifism? Why are devoted religionists and fundamentalists known for filling the ranks of the military but not the diplomatic core? (Feel free to discuss your own favorite example.)

And finally, given how large and not-going-anywhere the issue of meat gluttony is in our society, do you suspect we’ll see a cultural shift in Mormonism on this issue? Do you foresee our taking Section 89 more seriously?