One of the difficulties in reading the Old Testament is an unconscious assumption of uniformity between their time and ours. Modern readers often assume that they shared the same doctrinal understandings, worldview/Weltanschauung,assumptions, or culture as we do today. This is not the case, and often contributes to difficulties of interpretation and understanding.1 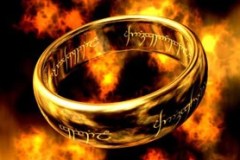 My very limited understanding of Tolkien is that he read and drew many of his themes from Old English epic literature, Anglo-Saxon and Norse myths. Many of these list items may simply be tropes of ancient or epic literature or just a function of being non-technological in nature (as with the warfare), so it’s not the Old Testament they’re specifically related to.  Nevertheless, I think it’s fun to point these out and I suspect there are more. Are some of these comparisons overplayed due to misreading Tolkien on my part? Are there more to add to the list? What say ye?

BACK TO POST
Fn1With regards to interpreting Genesis 6, for example, “Initially interpreters did not balk at a mythological interpretation of the Bible because it coincided with their own worldview. Today interpreters do not balk at a mythological interpretation of biblical passages because they believe Israel’s worldview was little different from its neighbors. In the intervening period interpreters neither had a mythological worldview themselves, nor did they believe that the Bible represented such a worldview. Lacking correlation to either world, they rejected the identification.”- From “Sons of God, Daughters of Men” in Dictionary of the Old Testament: Pentateuch.

BACK TO POST
Fn2 Lots of low-hanging Photoshop fruit there. The gauntlet is hereby cast down.

← Serving on the Sideline
Binoculars →

7 comments for “Orcrist the Philistine-Cleaver”