On Saturday June 11,  nearly 200 YSA gathered at the Lincoln Center chapel, the same as 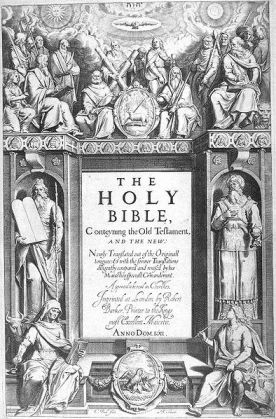 houses the Manhattan Temple, for a YSA conference that centered on the 400th anniversary of the King James Bible. Saturday from 1-4, three one-hour workshops were held on the Bible.

Three Bible Nerds were on hand to teach:  Jon H (MA, Biblical Studies, Yale) covered the writing and transmission of the books of the Bible; Jon R (MA, New Testament, Duke) spoke on using modern translations and other study aids, with extensive slides and books on display.

We each submitted a brief teaser description. Mine read,

How to Read the Bible and Love It– Many LDS are less familiar with the Bible than our other scriptures, and feel more uncomfortable with it when they do read it; the Bible is “weird,” and Bible-reading can seem like a more Protestant kind of thing. However, the Old and New Testaments were central for Joseph Smith and the Restoration and may be even more important to us today. I’ll be talking about becoming a “competent reader” and coming to own and love the Bible in the process.

Students rotated through all three workshops, which were, from all accounts,  well received. I received an email from one attendee who declared it (with apparently no Simpsons reference intended) “the best YSA conference ever!!” I didn’t hear any negative or less-enthusiastic feedback from anyone, and several people emailed to ask for any handouts or references we could provide.

At the beginning of each workshop, while participants trickled in, in comfortably gendered groups of twos and threes, I asked some straw-poll questions and got some surprising answers.

In two of three sessions, someone asked, “does cover to cover include the Old Testament?”

“When it’s late at night, and you need to read something so you can have read your scriptures for the day, how many of you pick up the Bible?”

Again, few hands, which became even fewer when I said “other than the Gospels?”

The usual ideas were thrown out, exactly the kinds of things I was trying to undermine- The Bible is too weird, too hard, too foreign, not doctrinal enough (i.e. it’s not always easy to see some kind of relevance or application). The Book of Mormon was invoked several times by comparison.

Looking back on my own experience, although I graduated with four years early-morning seminary, I don’t think I read the Bible cover to cover until William Hamblin’s ANE History class in Jerusalem offered extra credit to do so. Seemingly at random, I grabbed a NIV Study Bible out of the Jerusalem Center Library more or less at random and went from Genesis to Revelation in about 10 weeks. That experience opened my eyes to many things.

Afterwards, the Jons and I chuckled over the fact that we’d been billed as “Bible scholars”; Jon R. pointed out that we’re better described as failed academics, since neither of the Jons is pursuing a PhD post-MA, and my PhD program did not end with me getting a PhD. On the other hand, the three of us were likely the most informed and formally-trained LDS in the neighborhood. I think it’s good that not everyone who gets some training ends up centered in Utah; we leaven out the loaf, geographically speaking, and are thus available to provide uplifting but meaty YSA workshops, Institute classes, and discomfiting Sunday School comments.

51 comments for “YSA and the Bible: Observations from a KJV Conference”