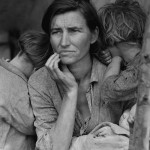 I thought a good companion to Jonathan’s recent post would be a list of quotations by church authorities on Heavenly Mother found in Paulsen’s & Pulido’s recent BYU studies article, “A Mother There.” I do not list them in the same order as they’re found in the article, nor do I list all of the quotations found in their article (not to mention the hundreds more that they’ve accumulated) – but let me be clear about the fact that I’ve culled them directly from the article. The quotes themselves are clearly in the public domain, but it still feels a bit like plagiarism. All credit goes to them. Nonetheless, it seems an extremely valuable resource to actually have before us at least a small sampling of what church authorities have said from then til now when we discuss this important doctrine.

And now the quotes:

“All human beings—male and female—are created in the image of God. Each is a beloved spirit son or daughter of heavenly parents, and, as such, each has a divine nature and destiny. Gender is an essential characteristic of individual premortal, mortal, and eternal identity and purpose.” (“The Family: A Proclamation to the World,” Ensign Nov. 1995: 102)

“Our theology begins with heavenly parents. Our highest aspiration is to be like them.” (Dallin H. Oaks, “Apostasy and Restoration,” Ensign 25 (May 1995): 84)

“It doesn’t take from our worship of the Eternal Father, to adore our Eternal Mother, any more than it diminishes the love we bear our earthly fathers, to include our earthly mothers in our affections. . . . We honor woman when we acknowledge Godhood in her eternal prototype.” (President Rudger Clawson, “Our Mother in Heaven,” Millennial Star 72, Sept. 29, 1910: 619–20)

“Logic and reason would certainly suggest that if we have a Father in Heaven, we have a Mother in Heaven. That doctrine rests well with me. . . . The fact that we do not pray to our Mother in Heaven in no way belittles or denigrates her.” (Gordon B. Hinckley Ensign Nov. 1995: 102)

“Implicit in the Christian verity that all men are the spirit children of an Eternal Father is the usually unspoken truth that they are also the offspring of an Eternal Mother. . . . This glorious truth of celestial parentage, including specifically both a Father and a Mother, is heralded forth by song in one of the greatest of Latter-day Saint hymns[,] O My Father by Eliza R. Snow.” (Bruce R. McConkie, Mormon Doctrine, 516–17; note that the original title of Sister Snow’s hymn was “Invocation or the Eternal Father and Mother”)

“It is marriage, sanctified and God-sanctioned, upon which a glorified home is founded—that blesses, happifies, exalts, and leads at length to companionship with our Heavenly parents, and to eternal, united life, and increase.” (Teachings of Presidents of the Church: Joseph F. Smith, Salt Lake City: The Church of Jesus Christ of LDS, 1998: 181)

“The home is patterned after the heavenly dwelling of our Divine parents.” And, “The divine Mother, side by side with the divine Father, [has] the equal sharing of equal rights, privileges and responsibilities.” (Susa Young Gates, History of the Young Ladies’ Mutual Improvement Association of The Church of Jesus Christ of Latter-day Saints, Salt Lake City: Deseret News, 1911: 234; and “The Vision Beautiful,” Improvement Era 23, April 1920: 542. Sister Gates was the Corresponding Secretary of the Relief Society Presidency when this article was written.)

“It is left for us to infer this from what we see and know of all living things in the earth including man. The male and female principle is united and both necessary to the accomplishment of their being, and if this be not the case with our Father in heaven after whose image we are created, then it is an anomaly in nature. But to our minds the idea of a Father suggests that of a Mother. . . . Hence when it is said that God created our first parents in His likeness—‘in the image of God created He him; male and female created He them’—it is intimated in language sufficiently plain to my understanding that the male and female principle was present with the Gods as it is with man.” (Erastus Snow, in Journal of Discourses, 26: 214, May 31, 1885)

“‘What,’ says one, ‘do you mean we should understand that Deity consists of man and woman?’ Most certainly I do. If I believe anything that God has ever said about himself . . . I must believe that deity consists of man and woman . . . there can be no God except he is composed of the man and woman united, and there is not in all the eternities that exist, or ever will be a God in any other way.” (Erastus Snow, Journal of Discourses, 19:269–70, March 3, 1878)

“To [the Saints] this great truth is most precious, precious to contemplate, and it is an inexpressible privilege to be able to draw nigh unto Him and say ‘Our Father’ in simplicity and faith, knowing that He is indeed our Father and that we are His children. And [as soon as] this great truth is impressed upon our minds, we very naturally begin to associate with it the idea of mother. This is a natural result of our knowledge and experience of human affairs; that earthly tabernacles owe their origin to mother as well as to father; that the two principles are associated together, and that by the union of the two principles, male and female, God has ordained an increase, not alone to his children but to all other branches of the animal kingdom . . . the two principles going hand and hand together. Without the two principles being thus united there is no increase. Further, we are taught that things on earth are organized after the pattern of heavenly things. Need it, therefore, be a marvel and a wonder to the world that we should irresistibly be carried forward to this conclusion—that if we have a Father in heaven we have also a Mother there.” (Erastus Snow, “Discourse by Apostle Erastus Snow,” Deseret News October 22, 1884: 2)

“Neither of the sexes is complete in itself as a counterpart of Deity. We are expressly told that God is the Father of spirits, and to apprehend the literalness of this solemn truth we must know that a mother of spirits is an existent personality.” (James E. Talmage, A Study of the Articles of Faith, Salt Lake City: The Church of Jesus Christ of Latter-day Saints, 1982: 443)

“We are part of a divine plan designed by Heavenly Parents who love us.” (M. Russell Ballard, When Thou Art Converted: Continuing Our Search for Happiness, Salt Lake City: Deseret Book, 2001: 62)

“Our heavenly parents provided us with a celestial home more glorious and beautiful than any place on earth. We were happy there. Yet they knew we could not progress beyond a certain point unless we left them for a time. They wanted us to develop the godlike qualities that they have. To do this, we needed to leave our celestial home to be tested and to gain experience.” (The Church of Jesus Christ of Latter-day Saints, Gospel Principles, Salt Lake City: The Church of Jesus Christ of Latter-day Saints, 1978: 13–14)

“Wherever there have been intelligences . . . fundamental principles . . . have existed . . . constitut[ing] . . . the laws of eternal truth. Our Heavenly Parents have through aeons of time . . . applied in Their lives an untold number of these everlasting laws. As They learned these verities and how to operate them, these laws thereby became subject unto Elohim.” (Milton R. Hunter, The Gospel through the Ages, Salt Lake City: Deseret Book, 1945: 4. Hunter’s work was written and published under the direction of the General Priesthood Committee of the Council of the Twelve Apostles of The Church of Jesus Christ of Latter-day Saints.)

“Influences beyond the veil can help us. Sometimes we [forget] there are loved ones beyond our sight who are thinking about us and our children. We forget that we have a Heavenly Father and a Heavenly Mother who are even more concerned, probably, than our earthly father and mother, and that influences from beyond are constantly working to try to help us when we do all we can.” (Harold B. Lee, “The Influence and Responsibility of Women,” Relief Society Magazine 51, February 1964: 85)

Concerning the glory of our celestial homecoming: “such a regal homecoming [could not] be possible without the anticipatory arrangements of a Heavenly Mother.” (Neal A. Maxwell, “The Women of God,” Ensign 8 (May 1978): 10)

“[W]e, as parents, give an account to our Father and Mother in heaven of the manner in which we have conducted ourselves toward the precious souls entrusted to us . . . .” (Elder James G. Duffin, in The 79th Annual Conference of the Church of Jesus Christ of Latter-day Saints (Salt Lake City: Deseret News, 1909) 24)

“[K]nowing how profoundly our mortal mothers have shaped us here, do we suppose Her influence on us as individuals to be less if we live so as to return [to heaven]?” (Spencer W. Kimball, “The True Way of Life and Salvation,” Ensign 8 (May 1978): 6 )

“Sisters, I testify that when you stand in front of your heavenly parents in those royal courts on high and you look into Her eyes and behold Her countenance, any question you ever had about the role of women in the kingdom will evaporate into the rich celestial air, because at that moment you will see standing directly in front of you, your divine nature and destiny.” (Glenn L. Pace, “The Divine Nature and Destiny of Women,” devotional address, Brigham Young University, Provo, Utah, March 9, 2010, available at http://speeches.byu.edu.)

27 comments for “Statements on Heavenly Mother”