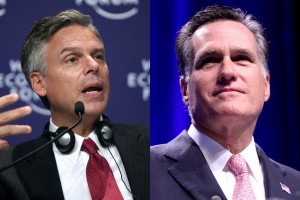 One of the gloriously enriching experiences in marriage – at least in my marriage – is all of the truly wonderful people that my wife has brought into my life. One of these persons is Sarah Bringhurst Familia – a brilliant, homeschooling mother, who also happens to be a pillar of global citizenship. Since marrying, she and her husband have lived in a number of exotic locations, including Utah, California, The Philippines, Ireland, Italy, and most recently Tunisia. With both a degree and lots of life experience centering around the Middle East, she’s a trenchant observer of current affairs in the region. Her interests take her all over the place, however, and she recently posted this piece which I thought the Times & Seasons crowd would enjoy (you can follow her own blog here):

Which Mormon are You Voting For?

It’s the question of the hour. And if you forced me to choose between Huntsman and Romney, I’d have to say that a president who speaks Chinese would probably be more useful than one who speaks French. But eight long years of Bush and then a Mad Tea Party have almost completely sapped my patience with the G.O.P.

Fortunately, there’s another Mormon running for President. His name is Yeah Samake. Like the original Mormon presidential duo, he is clean-cut, wholesome, and charismatic. And his French makes Romney sound like an episode of Prairie Home Companion’s Guy Noir. Throughout his political career, Mr. Samake has focused on “transparency, public participation and strict financial accountability.” Sound good? Well, don’t get too excited. He’s running for President of Mali. 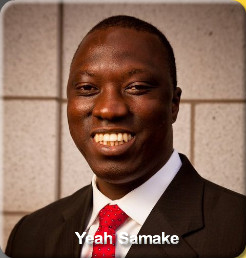 Until my college roommate spent the Christmas holidays one year in Timbuktu, I didn’t know it actually existed. I thought it was more like Shangri-la, or Atlantis, or the Lost City of Z. But the city that for us is synonymous with “the ends of the earth” is a real place in a real African country called Mali. Mali has a rich history and culture, but economically is one of the very poorest countries in the world. A look at Samake’s stand on crucial campaign issues gave me pause for thought:

Stand Against the Old Ways

Does it make our First World problems seem a bit less consequential to think that in some countries clean water and sufficient food are key campaign issues? 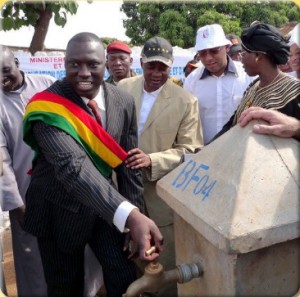 Samake was born to a poor family that believed in education. He and his family worked and sacrificed so that he could receive an education, and then go on to college. After moving to New York City, he found and joined the Mormon Church, and subsequently did graduate work at B.Y.U.

For many people from developing countries, achieving economic prosperity in the United States marks the pinnacle of a long journey. But for Samake, it was only the beginning. He chose to take his education and expanded world view back to his home country. When he was elected mayor of Ouelessebougou in 2009, the city was one of the worst-developed in Mali. Two years later, Samake’s principled leadership has brought it into the top ten in the entire country. His strategy is to work on the grassroots level by holding local leaders accountable and helping them to gain the trust of their constituents.

Samake’s approach combines firm integrity with practical solutions and boundless optimism. He has spent significant time campaigning among expat Malians in the U.S., as well as soliciting donations from his B.Y.U. and Utah networks. Here’s a great speech he gave at a fundraising dinner in Salt Lake City in May:

Since there’s nothing mandatory in the L.D.S. Church about voting for Mormon candidates, I won’t be breaking any rules by giving the cold shoulder to Romney and Huntsman. But I think I could happily vote for someone like Samake. If you could too, you can pop on over to his English-language campaign page. Best of luck to him, and may the best man win!

← Consumerism vs. Stewardship
“What the Hell Is Happening in Somalia?” – Part 3 →

14 comments for “Which Mormon are You Voting For?”