Elder Perry’s Saturday conference address focused on how we present ourselves and how we are perceived by others.

Religious affiliation affects how we perceive others. For example, when I lived in Oregon it wasn’t uncommon to see the little “Christian fish” on business storefronts. (I see this occasionally in California, but not nearly so frequently.)

At first, this was a value-neutral statement in my mind. I was just as happy to frequent a business as a non- business. However, my experiences with the businesses were subpar, and I came to associate the as indicating, “We’re not as good as the other guys, so we’ll try and get your business by playing on your religious sympathies.” In other words, the created an unlevel playing field, and the non- businesses had to work harder to compensate for the natural advantage that the businesses received.

So what effect would a have on a business storefront?

I’m reminded of the 2006 religious attitudes survey that showed Mormons are one of the least liked religious groups in America. And since the survey was done five years ago Prop. 8 couldn’t have even figured into it. Why don’t people like Mormons, and what can church members do about it?

These are the questions that Elder Perry’s talk addresses. His counsel falls in two main categories:

The problems is that these two points kind of contradict each other. Corrections are obnoxious. People don’t feel good when they’re told, “Actually, you’re wrong.”

One key to resolving the friction is to be responsive but not aggressive. One of my favorite statements from Elder Perry was, “Gauge their level of interest by the questions they ask…It is better for them to ask than for you to tell.” You can’t answer a question that’s not being asked.

However, the line that hit closest to home for me was, “We want to avoid becoming defensive, or argue in any way.” A lot of the reason that I don’t discuss religion with people is that I naturally get passionate about things I discuss. I’m aware of it, but I haven’t figured out how to do anything about it. In most contexts it’s a good thing, but with religion…not so much. Passion comes across as “defensive” and “argumentative”.

What I most appreciated was his focus on love. Love reduces the friction and awkwardness, and allows us to view each other forgivingly. Love listens, and love gives the benefit of the doubt. In my experience, “All you need is love,” is not a bad foundation to work from.

And finally, because I can’t help myself, I’ll leave you with this Elder-Callister-inspired piece of artwork: 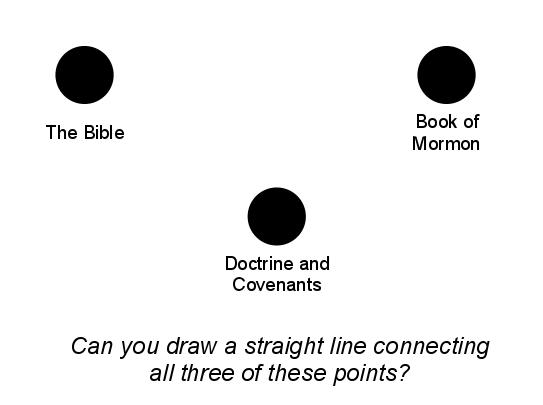 ← So what should the Provo Tabernacle/Temple be called?
Mormons Do Care about the Earth →

36 comments for “Elder Perry and the Church’s Image”