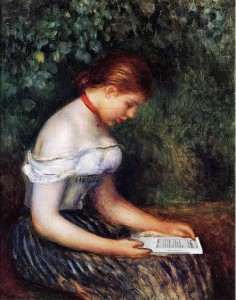 As was mentioned in my introduction a week or so ago, my parents homeschooled us “back in the good old days when homeschooling was weird and subversive, not hip and progressive.” I’m now homeschooling my own children, and it’s interesting to note how the movement has evolved during the past 25 years. My adjectives describing the change don’t fit perfectly, of course, but they are representative of general trends, at least in how the perception of homeschooling has changed.

When my mother decided she’d like to keep me home from kindergarten in 1985, it was a bizarre and scary thing to do. She’d learned about homeschooling while taking a class from Reed Benson at BYU. He lent her a copy of his doctoral dissertation on homeschooling, and told her about his nine homeschooled children. So she hunted down some of the books he recommended by John Holt, the father of the modern American homeschooling movement, and decided to try out this radical but exciting idea on her firstborn child. Me.

One thing I remember vividly from those early years of homeschooling was how many random people thought my education was their business. I was often given a surprise pop quiz about history or the multiplication table by supermarket checkers, moms at the park, or even skeptical aunts and uncles. Anyone at all, and especially off-duty school teachers, felt it was incumbent upon them to make sure my parents weren’t committing educational neglect.

Homeschooling at the time was so unusual that few people had even heard of it. Many assumed it was illegal. Others were shocked when we demonstrated good social skills, assuming that our parents kept us locked away from all contact with other human beings. We actually got plenty of opportunities to socialize at 4-H, Church, organized drama, music, and sports programs, and being out and about running errands or doing volunteer work when our peers were in school.

But some of our favorite social time was spent with other homeschoolers. There weren’t many of us back then, so we had to make an effort to stick together. There were two homeschooling groups in our area. One was a “Christian” group, who excluded anyone who didn’t fit their definition of Christian. So the stray Mormons, Catholics, non-religious, and everyone else had their own eclectic group. We got together at the park every month, went on field trips (during which our group was always acclaimed not only for good behavior, but also for the excellent adult/child ratio), and did group activities like Debate Club, Madrigal Choir, and Writing Society.

Fast forward to 2011 and beginning to homeschool my own two children. The scene has changed quite a bit. Most people to whom I mention homeschooling now know at least one other homeschooler. They are far more likely to have a positive perception of homeschooling, based on achievement statistics, media reports, or simply personal experience (I still get the odd negative reaction, but it’s now rare rather than universal).

Both the number of homeschoolers and the number of resources available has increased exponentially. Rather than the minimalist, open-ended call by Holt to help individual children learn in the way they learn best, one can now choose from a plethora of homeschooling “philosophies,” “methods,” and even complete out-of-the-box curricula.

By and large, I view the homeschooling explosion as a good thing. It has made significant alternative educational options available to hundreds of thousands of families who want them. In California and some other states, public money is even available to help homeschoolers defray educational costs. Still, I can’t help looking back nostalgically on the days when homeschooling was a glorious, liberating secret shared by only a few daring initiates. Revolutions always lose a little of their luster when they become institutionalized.

Inevitable but particularly regrettable is the commercialization of homeschooling. Many wonderful books and materials have become available for homeschoolers during the past few decades, but overpriced educational pablum has also proliferated. Unfortunately, it can be difficult for new homeschooling parents to tell the difference, and many end up bewildered with the choices, or oversold by enthusiastic salesmen at homeschooling conferences and curriculum fairs.

Related to this is the overt and obviously economically motivated “marketing” of certain homeschooling methods. The most egregious offenders here are the Thomas Jefferson Education crowd, described ably (albeit somewhat acridly) by Julie a few years ago on T&S. The perpetrators of TJEd purport to teach a homeschooling method that will turn children into “leaders.” What they actually do is attempt to funnel both homeschooling parents and their children into expensive seminars and unaccredited long-distance higher education “degree” programs, as well as selling an ever-increasing corpus of books describing the method.

As a Mormon homeschooler, this is particularly embarrassing to me, since the founders of TJEd (and most of the adherents) are Mormon. I don’t know why Mormons seem peculiarly susceptible to this. Perhaps it’s because they are drawn to the idea of a single “true and living” homeschool method. Then there are the familiar Mormon cultural relics and jargon that permeate TJEd. Or maybe the whole thing is just another manifestation of the Mormon MLM phenomenon.

Whatever the explanation, the result tends to be that small local homeschooling groups that once had a culture of casual, open, eclectic educational exchange become suddenly infected with TJEd. Where once conversations and activities embraced a multiplicity of viewpoints and ideas, they are now dominated by zealous TJEd-ers, who view themselves as the experts on “the classics,” and brand anything and everything that disagrees with them as “conveyer-belt education.”

Although TJEd is an extreme example, to the extent that the homeschooling movement has become more mainstream, it has lost some of its excitement and spontaneity, and become just another educational commodity. Efforts to catalog and control something as eclectic and organic as the homeschooling community that existed when I was growing up tend to end in reducing something rare and magical to its earthbound, prosaic component parts.

Sigh. Maybe I’m just a worn-out hippie, nostalgic that the world has caught up with my weird, subversive dreams, and now those dreams are all packaged up for sale in 100 calorie fat-free packages, and neatly labeled as hip and progressive. Homeschooling is still a wonderful thing, and I am enjoying my children’s education at least as much as I enjoyed my own. But sometimes I long for those good old days when I had to recite the multiplication table to random strangers. In some ways, it was easier than marching in time with everyone else to the beat of a different drummer.

73 comments for “Homeschooling Then and Now”