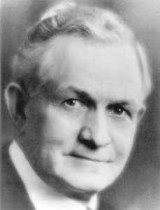 “Men must learn that in presiding over the Church we are dealing with human hearts, that individual rights are sacred, and the human soul is tender. We cannot run the Church like a business.”-David O. McKay Diaries, May 17, 1962, as quoted in “David O. McKay and the Twin Sisters’: Free Agency and Tolerance” by Gregory Prince, Dialogue 33:4 (Winter 2000):13.

I read this as saying, we need to be sensitive to other people; we cannot make hard decisions and simply say, “this is business, not personal” as if real people were not involved. I wish we had more context for the statement by McKay.

← Church and the Value of Girlie Things
Phantom Limb →

38 comments for “Quotes of Note- McKay on Running the Church”