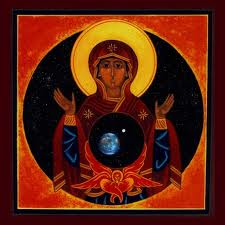 A strange autumn. The gold harvest sky, usually so calm and calming, is full of unrest. Nervous pigeons cluster near the freeway overpass. Above them circle the gulls, those inland outlanders who should be pulling fish from the sea. Nameless small dark birds coalesce into rolling, chattering clouds before dropping to roost on rooftops and treetops and utility wires.

Our cat takes advantage, leaving dead birds as offerings by the back door, on the stairs, under the couch. One morning Sam weeps over a sparrow found on the rain-soaked deck, head severed, black-bead eyes clouded over. We’ve buried dead birds in the past, tucking them into small cardboard boxes and then into small backyard graves, but lately there have been too many for such rituals. This time, with paper towel in hand I lift the nearly weightless clump of feathers and hollow bones and place it gently in the garbage bin.

A phone call comes from my mother, telling me that her mother is close to death. She’s been ailing for months, slowly succumbing to dementia. A recent fall shattered her hip and is hastening the end. Since childhood I’ve called her Yia Yia, Greek for grandmother. But Aikaterine—Catherine—is her name, and mine.

She does not want to be embalmed, so when the time comes, her burial cannot be delayed. Two thousand miles away, with nearly no window of opportunity to travel, I settle myself on missing the funeral service. But the day before the funeral I dissolve into grief, panicked by the image of my family gathering around Catherine’s casket without me. I haven’t seen her face for years. I’m gripped with the need to see it again.

That same morning, an email comes with news that my other grandmother, my other Yia Yia, is in sudden and swift decline. Christine is her name, and my daughter’s.

That settles it. A few hours later I board a flight bound for Baltimore-Washington International. Exhausted by the day’s emotion and my last-second airport arrival, I close my eyes as soon as I’m seated. I keep them closed as the plane heaves into motion on the runway, furiously racing its own mass before shaking and straining into lift-off.

It’s been four years since I visited my childhood home. I step inside to the unexpected smell of mothballs—-the smell of Catherine’s closets. Her belongings now hang on the walls and rest in the corners of my mother’s house. I climb the stairs to my former bedroom to find my Yia Yia’s bedroom set of ornately carved cherrywood, in place of the white-lacquered furniture I grew up with. I lift my suitcase onto the small padded bench she positioned at the foot of her bed. I place my clothing in the dresser drawers which once held her own. Later, drowsy from reading past midnight, I put my glasses on her bedside table and switch off her lamp, letting the darkness come.

The Greek Orthodox church on 16th street is named for Sts. Constantine and Helen; their icons hold a place of honor in the narthex, where I gather with my mother and her brother and his wife and daughters. Passing through the royal doors, we’re seated at the front of the nave, a few feet away from Catherine’s casket, which is centered before the holy gate to the sanctuary. The mural on the wall above is a concentric icon of Mary and the infant Jesus. The outer circle holds the virgin mother-—Theotokos, the Greeks call her. Mother of God. The inner circle, opening from Mary’s navel, holds the Christ child. Both have their arms outstretched, beckoning.

Below, the cantor begins to chant the funeral liturgy and the father emerges from the sanctuary in embroidered robes. He stretches out his own arms to welcome us, then turns to swing the smoking censer over Catherine’s casket. It rests on the very spot where my parents entered the sacrament of holy matrimony; the spot where I was baptized as an infant, thrice immersed in a font of holy water; the spot where I stood as a child to receive the father’s spoonful of sweet red wine.

When the liturgy concludes, the father motions the immediate family forward to witness the final rites. I study Catherine’s mortal face for the last time. Her cheekbones look sharp. Her body is shrunken; skeletal. Her wrists, crossed over her navel, are like a baby’s ankles. She weighed less than 80 pounds at the end, her bones brittle and porous, broken in shards. This is the fate of a mother, a grandmother. Pregnancy robs her bones to make new ones; at menopause her skeleton quickly hollows out and fills with air, as if to compensate for the growing weight of age. We say that Catherine’s fall caused her hips to break, but the reverse is also true.

At the cemetery we gather around the sealed casket. We place flowers on its lid, and leave before it is lowered into the freshly dug grave. As I walk away I look back at the gaping hole and think of my Yia Yia’s emptied body inside, limbs folded like a small bird in a small box.

The granddaughters sit together for the makaria, or “mercy meal,” at a nearby restaurant. Three granddaughters: my twin cousins, and me. The twins are ten years younger than I am. I remember them in the context of family gatherings: tweens at my bridal shower, toddlers at Thanksgiving, infants at Greek Easter. Now they are women. After the silence and stillness of the morning, we take comfort in our chattering voices. We laugh from our table in the corner. We eat fish pulled from the sea. A cemetery is a place for dead bodies; a restaurant is for living ones.

That evening my mother tells me she was startled to realize there were no elderly relatives at the makaria. She’d said so, aloud, at the table. The friend sitting next to her laughed and replied, “We’re the old people now.” My mother looks bewildered as she tells me this, back at her house, before I climb the stairs to my childhood bedroom filled with Catherine’s furniture.

The next day I drive to McLean, Virginia to see Christine, my other Yia Yia, my last living grandparent. She sits next to me on my aunt’s couch, her body withered and light, her presence nearly transparent. For years now she’s had violent seizures, which can be controlled with a liquid calcium supplement. She often refuses to take it. Today, though, she complies, opening her mouth like a child for the spoonful of chalky whiteness, the stuff of teeth and bone, receiving her crumbling body back into itself.

But it is too late. In the photographs of our visit she is bent and wizened, gripping the arms of her walker. She must soon surrender the fight we all seem to win at the start, as our newborn muscles fill damp lungs with weightlessness and strain to heft our skulls of soft-set clay. We die in reverse, losing the lift of limbs and the swell of breath, finally succumbing to our own mass, collapsing into graves of gravity.

At home the next week I receive an emailed copy of the family photo taken at Catherine’s viewing. On the wall behind her casket hangs an icon of the resurrected Christ; on the floor in front stand her children and grandchildren. Mine and my cousins’ bodies look young against the backdrop of prior generations—young and solid, for now.

The strange autumn continues. From my place on the ground I watch the nameless small black birds as they swarm overhead, undulating in ribbons like schools of flashing fish. One afternoon I stare transfixed as the gulls suddenly pool midair, flying in wide loops that that tighten and tighten into a tall and twisting pillar, a celestial centrifuge, a funnel cloud of buoyant bones spinning in circles upon circles within circles.