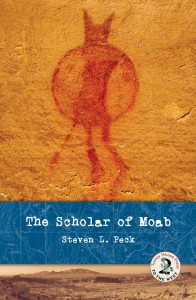 How many am I?

It’s pretty clear, I think, that my “individual” self is largely a story I’m selling myself. Jesus wants me to lose this self and get on with life, but it’s hard. I find that I love this story more than life. At least, I choose the one over the other again and again.

My “self” is a shadow that my multitude casts. The shadow is simple, clean, flat, and black. That simplicity is a fiction. Given where my multitude stands, the cant of the sun, the shape I’m bodying, my shadow may give an accurate adumbration – but the adumbration hides more than it shows.

There’s nothing wrong with shadows. Shadows are real shadows. The trouble starts when, instead of just casting a shadow, I try to identify with it. (O’ that I were my shadow!) The trouble starts when I try to bottle its simplicity, its clean-cut individuality, as the truth about what I really am. Sin is this compulsive attempt to forget the unruly multitudes that compose me and to finally, successfully sync with my shadow. Hell is succeeding.

What happens when a two-headed cowboy, a high school dropout who longs to be a scholar, and a poet who claims to have been abducted by aliens come together in 1970’s Moab, Utah? The Scholar of Moab, a dark-comedy perambulating murder, affairs, and cowboy mysteries in the shadow of the La Sal Mountains.

Young Hyrum Thane, unrefined geological surveyor, steals a massive dictionary out of the Grand County library in a midnight raid, startling the people of Moab into believing a nefarious band of Book of Mormon assassins, the Gadianton Robbers, has arisen again.

Making matters worse, Hyrum’s illicit affair with Dora Tanner, a local poet thought to be mad, ends in the delivery of a premature baby boy who vanishes the night of its birth. Righteous Moabites accuse Dora of its murder, but who really killed their child? Did a coyote dingo the baby? Was it an alien abduction as Dora claims? Was it Hyrum? Or could it have been the only witness to the crime, one of a pair of Oxford-educated conjoined twins who cowboy in the La Sals on sabbatical?

How many is a two-headed cowboy? Riding under the open sun, the cowboy and his horse cast just one (three-headed) shadow.

At one point, early in the novel, the Oxford-educated conjoined twins are in Paris attending a lecture given by the brilliant French obscurantist Gilles Deleuze. Deleuze, working to explain what he calls the Virtual, spots the twins and seizes the illustration:

Suddenly, Delueze pointed at us with his long-nailed finger and said, “There! There is repetition caught in the moment between virtuality and actuality, between possibility and the unification of multiplicity, between the qualitative and the quantitative. There! There is ‘différance’ screaming towards existence, existence sluicing through potentiality, and potential itself skating unforgivingly toward emergent unity.” Thom called us a topological manifold of singularity, a “projection” resisting reduction in complementary planes of asymmetry. (32-33)

Conjoined twins are an easy target if you’re talking about “a topological manifold of singularity” or a “projection resisting reduction in complementary planes of asymmetry,” but Peck’s novel presses the point that the twins are not unique in this respect. Rather, they dramatize for us a general truth about the human condition. To be a human being is to exist simultaneously on complementary but asymmetrical planes. Who doesn’t feel like a repetition caught between virtuality and actuality?

For the conjoined twins, things are even more complex than Deleuze imagined. Doctors discover that the twins have a “third mind” – affectionately referred to by the twins as Marcel – a “neural mass” that is at once a hub, a relay, and something independent of either of its heads. An abstract of the doctor’s report indicates that

at times, the neural mass acts according to the desires of neither twin – e.g., to run from ambiguous danger (one, say, that neither twin has noticed) or to seek out sexual activity. Some activities require coordination of both the neural mass and the twins. For example, bathroom functions require the integration of all three personalities with the neural mass alone detecting, for instance, the need of urination. . . . However, the mass can make decisions independent of either. What this implies about the nature of consciousness is discussed, including whether this neural mass is an independent and separate consciousness. Thoughts on what this means for personhood are explored. (58-59)

What have you named your neural mass? Your third mind? Your fourth one? What New Year’s resolutions have you made to better integrate the assemblage that you are? What rogue parts of you probably need more compassion rather than more discipline?

Hyrum Thane, the novel’s main character, suffers a more subtle version of interviduality than the conjoined twins. Fresh from the trailer park, he works as a hired-hand for geology PhDs surveying desert strata and he feels pretty keenly his “ignorance” in relation to them. One day, the butt of a joke, one of them says to Hyrum: “Man! What a Dickensian life you lead” (19). Hyrum, however, doesn’t know what this means and, as a result, it drives him crazy. This comment, Hyrum says, “got under my skin & started Itching so bad it wouldn’t go away until I got it Scratched” (25).

Here, rather than having two heads, Hyrum gets something stuck in his head, a unknown word, a foreign phrase, that lodges itself there, takes root, colonizes his mind, and hacks his attention. It shapes him and compels him. He can’t stop repeating it back to himself and ends up with a big pile of rocks. That first day, he says,

I started counting & every time I thought it I threw a rock at a tree. When it was time to head down I just walked over to the tree & counted up the rocks. That is exactly how many times I thought it between the time I ate my lunch & the time we packed up to go back to the base camp. I wanted to let you get a feel for my afternoon ruminations. (19)

I am Hyrum, except that rather than a foreign phrase colonizing my mind, I’ve got a whole book. The Book of Mormon, lodged like an eccentric body between my ears, spools in an endless loop. Like Hyrum, I didn’t ask for it,  suspect it may be an insult, and don’t know what it means.

Still, it composes me, conjoins me, compels me, and overwrites me as literally as any third-wheel neural mass could. The Book of Mormon is a life-sized brain hack spanning my years, itching under my skin, interrupting my story, deforming my shadow. The Book of Mormon exists in a complementary but asymmetrical plane. It’s an irrational number, a tangent reorienting my bundle of divergent lines.

What the Book of Mormon is meant to do or mean, I am not sure. But to what it does do, I can attest: it keeps me up at night, it wakes me early in the morning, it keeps me from folding in on myself, from coinciding with the shadow I work to project, from imploding into a vacuum-packed hell where my “self” and my life become one and the same.

This is a little bit crazy, but it saves me from being completely sane.

24 comments for “The Scholar of Moab: Interviduality”