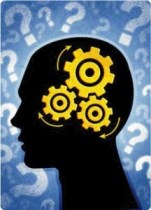 Perhaps due to the authoritarian structure of the Church, students at BYU (more than elsewhere?) come to college expecting Pure Truth to be bestowed by The Authorities (i.e. professors) on those less enlightened (i.e. students), instead of learning how to engage data and arguments. I’ve often distributed a collection of readings and articles to students in my Institute and BYU classes. These help introduce and reorient students towards a broader perspective of LDS intellectual engagement, approaches, and critical thinking. Essentially, this is accomplished through stories, historical/doctrinal/cultural engagement, scholarly engagement and explicit guidelines.

My “standard packet” has varied a bit from time to time, so here’s a fuller list than anyone has previously received.

Some of these, I’ll admit, are not the deepest, fullest or best explorations of these ideas and principles, but when you get them as a freshman, they’re a good intro. One student, 5 years later,  expressed the opinion that it was these articles that helped  most in her transition to a non-Church school with spiritual challenges. Really, that’s my goal in teaching, rephrased as “preparing minds to be faithful.”

I taught two Book of Mormon classes at BYU, once with return missionaries and once with freshmen. Both times, I did the same exercise. For the class period that covers Mulek, I assigned two readings by respectable authors, which make completely opposite conclusions.

Orson Scott Card’s “Artifact or Artifice?” examines the Book of Mormon from the perspective of a fiction writer. In an aside on Mulek, (scroll down to “Speculation on Zarahemla”) Card plays on ancient patterns of history-writing to argue that Mulek never existed, but exemplifies typical attempts of rulers to rewrite ancestry to legitimate one’s claim to power. Mulek was Zarahemla’s fictional ancestor, created to trump Mosiah’s kingship claims.

Jeffrey Chadwick, a respectable LDS scholar and archaeologist, asks if the seal of Mulek has been found in this article (pdf copy). Josiah may have indeed had a son name Malkiyahu (Mulek may be a form of Malkiyahu, but is problematic), and we how have copies of seals with his name on them.

So, I asked the class: Mulek, real guy and we have his seal, or traditional lineage manipulation by royalty? I got several kinds of responses.

“I don’t know. They both make plausible arguments. What do you think?”

Several people were just confused. How could a teacher give readings with two different answers?

A few made arguments in favor of one or the other. I had a conversation with an older student from Australia afterwards, who greatly appreciated the exercise.

I wrapped with a short spiel enumerating the purpose. “You will all be confronted by issues which don’t seem to have clearcut answers. At times, these may be doctrinal, political, or personal, and you won’t be able to decide on the basis of the position or authority of the answerer or their moral character. You need to learn how to weigh arguments, analyze, and make up your own mind on things. It is as much a spiritual survival skill as a life skill.” And then I probably cited Hafen’s statement, linked above.

This worked much better with the RMs than with the Freshmen, where it was like pulling teeth. I’m not sure how many read it, but the only response I got was “those were good readings.” I tried several ways to engage them, but finally decided that perhaps freshmen at 8am are not generally capable of critical thought, and moved on to more productive topics.

← The Scholar of Moab: Believing Bees
Romney’s Taxes and The Clueless Media →

23 comments for “The Standard Packet, the Book of Mormon, and Critical Thinking at BYU”