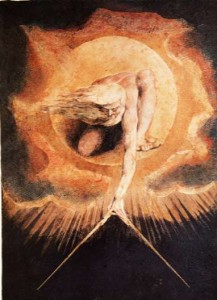 Is there a set of all sets?

This is one way of asking that most basic of all metaphysical questions: is the world “one” or “many”?

Joseph Smith’s assertion that we are uncreated and coeternal with God hits the metaphysical reset button and forces us to look at this question again.

But to say that Joseph reopened this question is not to say that he answered it. To the extent that it matters, he left it for us to chew on.

Now, it is entirely possible to argue that a gaggle of uncreated, coeternal intelligences does not change the fact that the world is still fundamentally one, or even that this fundamental unity is still directly rooted in the singular character of God. In many ways, this traditional view continues to be the default paradigm for Mormon theology, official or otherwise.

But the question keeps popping up. Chapter of five of Blake Ostler’s Exploring Mormon Thought: The Attributes of God describes the different traditional “models of divine knowledge” that account for God’s omniscience and then examines the degrees to which they may or may not be compatible with Mormon doctrines. Blake does a thorough job of this and the two criteria he uses to measure the aptness of their fit are, I think, the right ones: (1) how compatible is a model with the reality of human agency, and (2) how compatible is a model with God’s passibility?

The problems that Blake identifies with each of these traditional models all come back to these two issues – especially the first. Metaphysically, it is the issue of agency that keeps forcing the question of plurality.

Which brings me back to the original question: is there a set of all sets? Can the whole of everything that exists be gathered together into one commensurable totality? Such, for instance, that it would even make sense to talk about something like God being “all” powerful or “all” knowing or “everywhere” present? Is there such an “all”? Is there such an “everywhere”? Is the “universe” really one single UNI-verse?

I wonder if, in the end, a Mormon commitment to the reality of agency may not strongly prompt us to just start exploring the possibility that the answer is no: there is no set of all sets. Reality is fundamentally many rather than one. Not only does the multitude go all the way back to the beginning, it goes all the way down. There is no single common denominator for all existing things and there is no single meta-“container” in which all real things are housed. The mark of each real thing (manifest again and again in its agency) is its resistance to being neatly reduced into a wholly commensurable totality. Here, it is the irreducibility of a thing that registers it as real.

What if we started from this assumption instead? I don’t see anything to stop us. The question is, I think, genuinely open for Mormons.

If we pursued it, then what might we say about the nature of God? Or grace? Or evolution? Or sin?

Let’s send some spelunkers and find out.