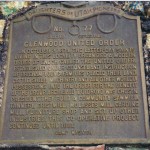 The United Order appears (for now, at least) to be a relic of the 19th century; since them, the mainstream Mormon church hasn’t attempted to institute any large-scale communal economic structure based on Acts 2.[fn1]

But I’ve been thinking recently about the consequences of introducing a United Order into modern American culture. And frankly, the tax consequences strike me as pretty interesting.[fn2]

For purposes of a hypothetical look at the tax consequences of a new United Order, of course, we have to define the United Order; there have actually been at least three iterations of United Orders, each with their own characteristics. Lucas and Woodward assert that the specific forms of these United Orders reflected the different economic situations in which they were formed; the Kirtland version reflected an agrarian economy, where the various Utah versions reflected an Industrial Revolution economy.[fn3]

What does that mean for my purposes? Basically, it means that, were the United Order to be established in our current information economy,[fn4] it would probably differ significantly from any historical United Order. I don’t have any idea what the modern version would look like so, instead, I’m going to look at the consequences of transporting the Kirtland United Order to 2012. Why Kirtland? Because (a) its basic contours are detailed in the D&C, (b) it’s the version I’m most familiar with off the top of my head, and (c) I’ve actually thought about the tax consequences attendant to it.

For these purposes, I’m assuming that the transplanted United Order looks something like this: (1) members contribute all of their property to the Church; (2) the Church provides members with property to meet their needs, (3) using this property, members work at their professions during the year, and (4) to the extent they have surplus at the end of the year, they contribute such surplus back to the Church. And repeat.

So what would the tax consequences be?

(1) Donation of property. Because I’m assuming the donation would be made to the Church, a 501(c)(3) organization, the member could deduct the fair market value of her donation from her income for the year. Except that the deduction would be limited; under current tax law, your charitable deduction for a year cannot exceed 50 percent of her adjusted gross income for the year.

(2) Income from your job. It’s taxable to the member. Even if we posited a more extreme version of the United Order, where all of a member’s earnings were paid directly to the Church by the employer, income earned by an individual is still taxable to that individual. The quintessential example of this rule is in the case of Fogarty v. U.S. Father Fogarty, a Jesuit priest, had taken the vows of chastity, poverty, and obedience. His religious superior told him to teach a religious studies class at UVA, which he did. His paycheck from the University was deposited into his Order’s bank account. The court held that, in spite of the fact that he gave it all to his order, that he was sincere in his beliefs, and that he took the teaching gig at the behest of his Order, the income was taxable to him.

(3) Assets received from the Church. The “stewardship” received from the Church would almost definitely constitute income to the member.[fn5] Taxing a member on her stewardship make sense, too: to the extent the member got a deduction (albeit potentially limited) when she donated assets to the Church, she should have a corresponding income inclusion when she receives assets from the Church. Otherwise, you create a really easy tax shelter: a person with $100,000 of income could donate $50,000 to a church or other 501(c)(3) organization, and then receive, say, $45,000[fn6] in non-taxable income back, and she would have cut her taxable income in half.

A couple final thoughts: first, I realize this is U.S.-centric. And it is necessarily the case—I don’t have sufficient knowledge of other countries’ tax systems to post anything substantive on them.

Also, this will never happen. Back in 1830s Ohio, there was no federal income tax; ours only dates back to 1913. Plus we have an entirely different economic model; any United Order would presumably take those (and other) considerations into account.

Still, it’s fun to think about.

[fn1] At least, I’m not aware of any such attempt. If I’m wrong about this assumption, I’d love to hear details.

[fn3] See James W. Lucas & Warner P. Woodworth, Working Toward Zion 111 (1999) (“As early as the 1870s, Brigham Young and other Church leaders knew that establishing an industrialized united order in the desert could not be carried out by individual efforts as in Missouri and Ohio.”).

[fn4] Or however you want to classify our current economy.

24 comments for “Taxing the United Order”