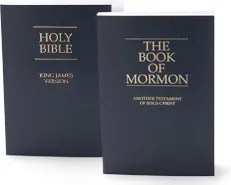 This is the fourth in a series of posts taking a broad look at the Book of Mormon. This post continues the discussion of the prior post, The Book of Mormon as Narrative, by considering verisimilitude. This term refers to how faithfully a text represents the real world or, to various degrees, depicts events that do not conform to the readers’ view of the real world.


The semblance of truth or reality in literary works; or the literary principle that requires a consistent illusion of truth to life. The term covers both the exclusion of improbabilities (as in realism and naturalism) and the careful distinguishing of improbabilities in non-realistic works. As a critical principle, it originates in Aristotle’s concept of mimesis or imitation of nature.

The verisimilitude issue presents two questions, one for the author of a text and one for its readers.

The Problem for Authors and Historians

To what extent does an author intend for the text to offer “truth to life” or an “imitation of nature”? At first glance, this question seems more pressing for fictional works: some genres by convention allow departures from the real world known by the author (science fiction, magic realism) while mainstream fiction typically presents events and characters that are true to life in the sense that they are not out of place in the reader’s world or, for historical fiction, in the period depicted. But journalists and historians face the issue as well. How does a journalist report an observer’s experience of a UFO sighting or a seemingly miraculous recovery? How does a historian deal with historical sources that report events that conflict with the historian’s understanding of the real world?

Historical sources cannot be accepted at face value. Historians must weigh and evaluate the value of any historical source, determine whether it is reliable, and attempt to compensate for any bias in that source. The older the source, the more likely it recounts events that the modern historian will not consider plausible. The issue is particularly pressing for modern scholars of religion who use ancient religious texts. When should a modern commentator dismiss a reported event (say the discussion Balaam had with his donkey at Number 22:28-30), accept an event as reported but not necessarily the interpretation offered in the source (perhaps dreams recounted by many biblical writers), or accept an event more or less as reported (the narrative in 2 Kings recounting the Babylonian conquest of Jerusalem and deportation of the leading citizens)?

The Problem for Readers

Just as an author of fiction or nonfiction has choices to make, so too does the reader make an implicit evaluation of any book, story, or article. If a novel introduces too many coincidences, the reader might at some point dismiss the events. Even genres that allow departures from reality will lose a reader if the departures are inconsistent or do violence to the plot or story. Readers evaluate nonfictional narratives as well. If the content of a news report appears to reflect a journalist’s bias rather than the actual events, a reader rebels. If a historical account appears to accept questionable sources, ignore credible sources, or accept the occurrence of events that a reader refuses to accept as plausible, a reader may dismiss the history as lacking credibility.

What about religious texts? Does a reader evaluate a biblical passage with respect to the real world as a secular observer would understand it in 2012? As a religious believer would understand it in 2012? As the original author of the text appears to have understood it? What rules should a modern reader apply when evaluating ancient texts, in particular the Bible? This really is the key question for modern readers of the Bible.

A secular reader may simply dismiss events recounted in the Bible that are inconsistent with his scientific or naturalistic understanding of the world as of 2012. But a believing reader has trickier choices to make. Even modern readers who accept the biblical account of events as stated have a hard time accepting the biblical three-tier view of the cosmos: waters above the dome of the sky or firmament, our earthly landscape in the middle, and sheol and more waters below. What do we make of the “windows of heaven” if there are no windows and there is no dome? How do modern readers understand accounts of demonic possession and healing by exorcism when the symptoms described appear to be a case of epilepsy rather than possession? Were there demons?

These examples are given simply to point out that verisimilitude is a complicated issue for a modern believing reader of an ancient religious text. Which departures from “truth to life” do we allow, and why? In terms of verisimilitude, what world is a scriptural narrative true to?

The Problem for You

You are a modern reader. You read the Bible and the Book of Mormon. To what world do you relate these texts? What world do you live in? We relate texts to our world (or to some world) without thinking about it much. Here is a passage from Robert Alter that sketches out the magnitude of the task we unwittingly perform when we read and understand ancient religious texts. His comments are aimed at literature but can be profitably applied to historical texts and religious narrative. [Note 2]


Literature is a representational art, but the relation between the literary text and the world it represents has always been something of a puzzle, and recent trends in literary theory have compounded the puzzlement. The objects of literary representation belong to a wide range of heterogeneous categories, material, conceptual, emotional, relational, personal, and collective. They include states of feeling, moments of perception, memories …; buildings, neighborhoods, industrial processes, social institutions …; world-historical forces and theological ideas ….

Fictional character is probably the crucial test case for the link between literature and reality. Very few people will take the trouble to read a novel or story unless they can somehow “identify” with the characters, live with them inwardly as though they were real at least for the duration of the reading.

You might reject the three-tier conceptual scheme of the cosmos presented in the Bible yet accept Genesis 1 as a claim that God created the cosmos as we now view it. You likely identify with some of the individuals you encounter in the scriptures, even if you don’t identify with how they saw the world in some of the ways Alter notes above. I think we do a lot more work when reading the scriptures than we generally recognize.

The World of the Book of Mormon

So, to now return to the opening question, how do we describe the “truth to life” or “imitation of nature” that Book of Mormon narratives undertake? My suggestion is that the primary reference world for Book of Mormon narratives is not the natural world of 2012 or the natural world of 1830 but the world of the Bible. Jaredite barges are plausible not because of maritime technology but because Noah had his ark, so it makes perfect sense that Jared can have his barges. The descent from the sky of Jesus Christ narrated in Third Nephi is plausible in view of his ascent into the sky and his promised return “in like manner” at Acts 1:9-11. Nephi and Lehi’s prison narrative in Helaman 5 is plausible because of a similar narrative concerning Paul and Silas in Acts 16, and so forth. The fact that about ten percent of the Book of Mormon is textual quotation from various biblical texts only highlights the tight link between the world of the Book of Mormon and the world of the Bible. They are the same world.

Earlier posts in this series:

7 comments for “The Real World of the Book of Mormon”