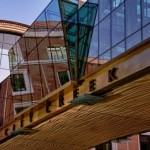 The other day, Nate responded to many of Jana Riess’s criticisms of the City Creek mall in Salt Lake. As I read her piece, one sentence jumped out at me.

Before I look at that sentence, though, a couple disclaimers. First, I haven’t been to Utah in at least four years. As far as I know, the City Creek development plans hadn’t been developed yet.[fn1] Second, I can’t convince myself to care about City Creek. I’m neither from Utah, nor do I live there.[fn2] I don’t know the flow of Salt Lake, so I don’t have any idea if this development complements or ruins the city.[fn3]

In her piece, Jana says:

Moreover, such profits [from the sale of condos and lease of retail space] are tax-exempt.

To support that claim, she links to this KUTV story. That didn’t feel right to me, so I thought I’d run down the claim. And, it turns out, City Creek Reserve, Inc. (“CCRI”) may well not be taxable on rents it receives from retail tenants.[fn4] But the KUTV story doesn’t give us a good sense of why. So here’s what I can piece together:

You can read CCRI’s 2009 Business Income Tax Return here. Among other things, it tells us that, like the Church and the university for which I work, CCRI is a 501(c)(3) organization and, as such, is generally exempt from paying taxes.[fn5]

There are two big exceptions to this tax exemption, and those two exceptions apply to all 501(c)(3) organizations. First, if a tax-exempt organization borrows money to fund an investment, it will pay taxes on a portion of its return from that investment at ordinary corporate rates.[fn6] So if CCRI borrowed money, the KUTV story is wrong, and CCRI is liable for federal income taxes.

But that’s not terribly interesting, so let’s pretend that CCRI didn’t borrow any money to do the development. The other major way that a 501(c)(3) could owe income taxes is if it earns “unrelated business taxable income.”

Basically, unrelated business taxable income is income earned by a tax-exempt organization from participating in a business unrelated to its exempt purpose. So, for example, if the Church were to start manufacturing and selling macaroni, it would be taxable on its profits from those macaroni sales in the same manner as a taxable macaroni manufacturer.

The line between businesses related and unrelated to a tax-exempt’s exempt purpose can be a difficult one, on the margins, to parse. So, for example, advertising revenue the NCAA receives from the programs it sells at the NCAA tournament is not taxable as unrelated business taxable income, even though the ads may be the same ones that would appear in Sports Illustrated. Ad income from a monthly medical journal run by a tax-exempt organization, on the other hand, is taxable as unrelated business taxable income.

Intuitively, rent from commercial real estate tenants doesn’t seem to come close to the line.  And actually, it doesn’t. Section 512(b)(3) of the Internal Revenue Code explicitly exempts from UBTI rents from real property. There is one exception to this exemption that may apply: if the rent is based on income or profits derived from the property, CCRI would be taxable on the rent.

Taubman says that it owns the property under a “participating lease” with CCRI. I don’t have any details on how that participating lease is structured but, if CCRI participates in Taubman’s income or profits, it will pay taxes on the rent it receives. On the other hand, if that participation is based on a fixed percentage of gross receipts or sales, CCRI will not be taxable on that income.

My ultimate conclusion: CCRI will probably not be taxable on the rent it receives from Taubman. If, however, CCRI borrowed money to invest in City Creek or if its participating lease is structured in a specific way, it will owe federal income tax on that rent.

[fn2] I don’t mean this to be a subtle or not-so-subtle dig at Utah. I just don’t have any roots there, and I have very little family there, so development of Salt Lake’s downtown isn’t terribly high on my list of things to pay attention to.

[fn3] I will say, when in doubt, I don’t like malls. That said, I have a hard time objecting to the glitziness of the stores at City Creek. Its tenants read like a pretty standard list of mid-range chain retailers. But that may be because I work a block away from Chicago’s Magnificent Mile (and across the street from a Bentley dealership) and, before, I worked about five blocks from Times Square (which is not, by the way, home to upscale retailers, either). But that’s entirely to the side of the point of this post.

[fn4] I could be wrong, of course—all of the information I have about this deal is what’s publicly available on teh Internets, so there are undoubtedly details I’m not aware of. Interestingly enough (to me, anyway), CCRI wasn’t formed to do this deal: it was founded and received its tax-exempt status in 1941. (Which leads me to the question: is City Creek a geographical location in Salt Lake? or is the development named after CCRI (which seems kind of weird to me)? or is this just serendipitous naming?)

[fn5] Donors to CCRI can also take a deduction for their donations, though I’m not sure whether CCRI takes donations.