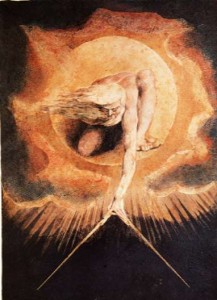 We’ve come to the last chapter of Blake Ostler’s first volume of Exploring Mormon Thought. After five months of reading and writing about this first book, I’m even more convinced than when we began that Blake’s work is and will continue to be the indisputable starting point for our generation’s work in Mormon philosophical theology.

Blake is familiar with the broader Christian tradition, he is intimately familiar with Mormon sources, and he engages with contemporary work in the field critically and creatively. He performs a yeoman’s work of systematically laying out the basic problems associated with thinking philosophically about a Mormon conception of God and he pioneers insightful formulations in response. Above all, Blake’s work is worth reading because it is clearly a labor of love. Charity, that pure of love of Christ, is the work’s horizon.

In chapter 14, Blake turns from the critical work of the previous chapter to the work of constructing “A Mormon Christology.” The key to a Mormon Christology – a Christology capable of addressing the thicket of problems traditionally associated with how to think about Christ’s incarnation – is our “redefinition of what properties are essential to divinity and which are essential to full humanity” (451). Traditionally, “insuperable problems for Christology are created by the conventional belief which posits an ontological dichotomy between the Creator and the created which can never be bridged no matter how much progress humans make” (451).

Mormonism, on Blake’s account, posits an ontological continuity between the human and the divine such that “‘divinity’ is the fulness of what it is to be human” (456). Like God, humans are, in a crucial sense, eternal and uncreated. And though God has fully matured into his divinity and humans have not, humans nonetheless possess in embryo the potential for bearing all the attributes requisite for divinity.

“Humanity” and “divinity” refer to the sets of properties which are severally necessary and jointly sufficient to be human and divine respectively. However, they are not distinct sets but are rather sets describing what the other can become when fully developed. For example, an acorn looks very different than an oak. The properties of an acorn are different but not logically exclusive of those of the oak. However, an acorn, is not a different natural kind than an oak; it is simply a fully mature oak. Similarly, a son grows into what his father is. In this same sense, divinity is humanity fully matured in relationship with God the Father. (456)

I think Blake is on the right track here, emphasizing the continuity between the human and the divine and connecting Mormon Christology to the uncreated and co-eternal character of those beings that, traditionally, are only “creatures.” But, for my part, I worry that Blake’s articulation may be hobbled by its heavy reliance on atemporal ideas like “eternal essences” and “natural kinds.”

In some ways, Blake’s entire formulation of a Mormon Christology hinges on his claim that gods and humans belong to the same natural and essential kind.

What’s the trouble with this? I think it’s fair to say that no idea has been more thoroughly called into question by the world-opening revelations of Darwinian biology than the idea of “natural kinds.”

After Darwin, all talk of natural kinds becomes local, historical, and messy. There are species, but species are a moving target grouped by something more like a series of overlapping family resemblances than fixed and comprehensive essences. Kinds get temporalized such that essence no longer gets to precede existence. For Darwin, essence is always the local and contingent product of existence.

Now, theologically, this is an easy enough problem to fix. Either deny the queasy temporality of evolution outright or reframe evolution as only a local operation subordinate to the big picture of a classical metaphysics where essences are globally eternal and still shape in advance the possibilities for any change or progression. Taking this latter kind of course, the biological facts on the ground are absorbed and recontextualized by the imperatives needed in order to make our theology work as we expect it should.

This is a venerable and defensible approach that has many advantages to recommend it and Blake’s frequent appeals to the minimal conditions necessary to guarantee a God worthy of saving faith (a la the Lectures on Faith) strike me as being exemplary in this regard.

(Though the case at hand is also a useful example. Rather than take our theological ideas about the eternal character of God’s essence as a model for natural kinds, I’m interested in speculating instead about the nature of divine essences given what we know about the mobile contingency of species.)

The difference between these two approaches also marks, I think, the difference in temperament between Blake’s approach and mine. Because I begin with the world and then ask about God in light of it, theology is for me weak and speculative and tentative in a way that it need not be if we simply proceeded from the other direction. There is room for a kind of confidence when we begin instead with theological imperatives.

This is not to say I find Blake’s approach unfruitful – in fact, I hope I’ve made very plain the fact that I think Blake’s approach is very fruitful and, in some respects, crucial. But it is to say that, when I practice theology, I’m generally doing something that is significantly different from what Blake does and this difference is, I think, only tangentially related to the differences between Continental and analytic philosophy.

Regardless, my aim here is not to privilege one over the other but to distinguish the approaches and set them dancing as willing partners.