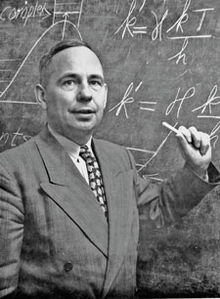 This wisdom is often attributed online to Elder Henry B. Eyring, but none provides a source.  It was Henry Eyring Sr., non-Apostle and brilliant prolific scientist who gave this nugget of wisdom. However, Henry Eyring Jr. apparently took the lesson to heart, as he has said similar things. And perhaps he quotes his father somewhere.

“There are few ways in which good people do more harm to those who take them seriously than to defend the gospel with arguments that won’t hold water. Many of the difficulties encountered by young people going to college would be avoided if parents and teachers were more careful to distinguish between what they know to be true and what they think may be true. Impetuous youth, upon finding the authority it trusts crumbling, even on unimportant details, is apt to lump everything together and throw the baby out with the bath.”

Henry Eyring Sr., “What Are the Things That Really Matter?”  as quoted in Mormon Scientist: the Life and Faith of Henry Eyring (no page numbers in this volume on GospeLink.com, Deseret Book’s online library, which is where I found it.)

This could be more liberally applied, methinks, for the sake of activity and intellectual development. It also opens a bit of Pandora’s box with issues of competing authority and epistemology, but these are healthy issues to wrestle with.