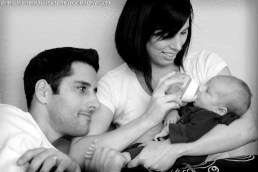 I have been fascinated by the idea of adoption for a long time. Growing up, I knew a few people who were adopted, and the idea of bringing home your baby from Korea or the Ukraine always seemed exotic to me.

But my obsession really took off when I got my Patriarchal Blessing. After gushing about the children that would be born to me, a totally out-of-the-blue paragraph began with the words, “I bless the love of your family to extend to other children . . . ”

Suddenly, adoption was part of my envisioned Mormon “happily-ever-after,” and I embraced the idea delightedly. When my husband and I were newly married and trying for a baby, I recall telling him that if we didn’t have a baby before we went on our field study to the Philippines the next year, we were adopting one there.

Two biological children later, my compulsion to adopt has only increased, and we’re finally preparing to start the process. For various reasons, we are planning to adopt internationally, so I’ve been doing a lot of research into processes and requirements. Not surprisingly, each country has different rules for financial resources, how old the prospective parents must be, how many children can already be in the home, etc. While noting and comparing these various criteria, I came across one that surprised me: many countries allow adoptions by single women.

In retrospect, I’m a little embarrassed that I was so surprised. However, it’s not so strange that the idea of a single woman adopting a child would simply not occur to me. My initial ideas about adoption were drawn straight from LDS Family Services, and the story there is simple. Unmarried teenage girl gets pregnant. She’s scared and worried. Then she finds out about a couple who are childless and desperate for a baby. They are married in the Temple, have good jobs, and can give her baby so much more than she can. So she gives them her baby, and everything is warm fuzzies.

In the LDS Family Services paradigm, one of the main reasons for an adoption is so that the baby can have a mother and a father who are sealed in the Temple. It’s straight out of the Family Proclamation.

Now, I’m not contradicting all the statistical and doctrinal reasons for the ideal two-parent family, or trying to undermine LDS Family Services in the important work they do. But learning about international adoption has opened my eyes to some new realities.

In the countries where we are considering adopting, children who have lost every family member in their lives due to illness, war, addiction, or abandonment, are living in orphanages, where they lack the love of a family, and are often malnourished, neglected, and exposed to serious diseases. Not a few children, but millions. Even in the United States, where children without parents usually (but not always) escape being institutionalized, they often face years of moving from foster home to foster home, longing for a permanent family.

While the unwed mothers placing their babies through LDS Family Services have a large pool of potential parents to choose from (the reason that some couples wait for years to be matched with a child), the countless children in orphanages around the world are not so lucky, especially if they are older or have special needs.

I am afraid that because the Church only officially sponsors adoptions by temple married, infertile couples, that people get the message that those are the only acceptable adoptions. Heck, I’ve even wondered myself if it’s “OK” for my (temple married but fertile) husband and me to adopt rather than having another biological child. I’ve never experienced the invisible spiritual nudge that people talk about feeling when it’s “time” for another child to be born into their family. But I feel the wordless need of children waiting half a world away, and I know it’s a message to me. 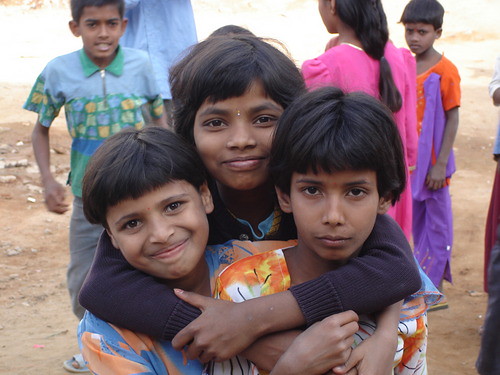 As I have been thinking about all those children, the idea of single women adopting keeps popping persistently back into my head. And finally one day I had a realization. If my own life had turned out differently, and I had never gotten married, I really hope I would have somehow come across the idea of adopting as a single, and become a mother anyway. It gives me a peculiar sense of retrospective security to think that although I couldn’t really control whether I got married or not, my single faithful Mormon self could have become a mother if I wanted to, and been an immeasurable blessing in the life of a lonely child.

I think about the many wonderful Mormon women who ache to be mothers and have never had the chance because the right man hasn’t come along. They’re always told at church that they can be “mothers” by teaching or babysitting or mentoring, and that anyway they’ll have the opportunity to mother children of their own in the next life.

I wonder if perhaps we might also mention the option of mothering a motherless child in this life. Even if they can’t give that child a father and a temple sealing, surely the same God who promises these women an eternal family someday would extend that promise to the orphaned children they take into their homes and hearts. Intentional single parenthood through adoption is certainly not for everyone, but for those who have the financial and emotional means and the desire, why not?

I am speaking from my perspective as a woman here, but I’m not meaning to leave out single men. Although not much is said from the pulpit about the opportunity of single men to become fathers in the eternities, there must be many who long for it. Most countries prohibit international adoptions by single men, but the U.S. foster care system explicitly allows them, and everything I have said in this post about single women could apply equally well to single men.

45 comments for “Single Moms and Adoption — Another Perspective”