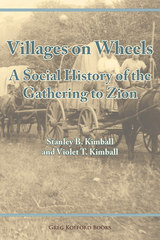 The 4th of July is a week of intense patriotic celebration in Provo.  Freedom Festival is the biggest party of the year here. People go all out with block parties, fireworks, parades, races, and art contests. We end the week exhausted. As a relative newcomer to Utah Valley, I’ve wondered why is Independence Day is such a big deal here.

It turns out that Provo is simply upholding pioneer tradition:

“Both Mormons and American travelers commemorated July 4th with elaborate patriotic observances. They generally stated at daybreak with gun and cannon salutes, and continued with cheers, speeches, toasts, feasts, parades, dancing, and drinking whatever spirits were available” (Kimball 82).

As we come up on the 24th, it is the perfect time to return to a few books about pioneers.

My favorite has for years has been Wallace Stegner’s The Gathering of Zion: The Story of the Mormon Trail (1964), which I never have in my home because my copy is always on loan to one friend or another. I love Stegner’s writing and his straightforward approach to the struggles and faith of the pioneers. By telling complete stories, Stegner allows us to see the pioneers wrestling with doubt and faith as they wrestled their way across the plains, and as a result, those early saints become more real and more worthy of veneration than I find them to be in more selective, faith promoting accounts. The one drawback for me is that I have difficulty reading other pioneer books because I love Stegner’s account so much.

Earlier this year I decided to give other books another chance when I received a review copy of Villages on Wheels: A Social History of the Gathering to Zion (2011). I’ve been reading it in bits and snatches since. The book is organized by topics ranging from recreation and social activities to the experiences of children and teenagers on the trail to the pioneers’ interactions with African Americans and Native Americans. It is not intended to be another collection of faith promoting highlights; rather, it is interested in trying to get a sense what happened and how the day to day life went on. It is concerned with the mundane aspects of trail life that dominated the pioneers’ experience: religion, yes, but also rules, order, music, dancing, birth and death, and getting left behind. Pet, children, criminals, quitters are as worthy of attention as the leaders and stalwart faithful saints whose stories have become familiar to us.

To bring us this work, the authors read through hundreds of journals as well as secondary source material.  The resulting volume truly is a labor of love by non-academics for an interested lay audience. The non-academic tone bothered me a little at first. For something so organized, so potentially clinical, I wanted the authority and distance of academia. And I really wanted citations. Kimball made a deliberate decision to not include any end or foot notes so as to not distract from the material itself. All excerpts from journals cite the name of the journaler and secondary sources are generally referred to through in text references, so the books cited can be looked up based on the author’s name. The index is wonderful for looking up specific topics, pioneers, and writers. Even so, I would love for this volume to have a works cited or a even a bibliography.

I admit the subtitle lead me to expect this book to be drier and more academic that it is. I’m glad that expectation was wrong. There is warmth and affection for those whose stories are recounted here, as well as an honest understanding of their flaws. Before reading this, I had little sense of the trial of boredom that offset the spirit of adventure, of how common it was for travelers, adult and child, to wander away and be lost, of the people who gave up and settled along the trail or returned to the east. I didn’t realize how many European saints felt betrayed when they learned of the practice of polygamy, sometimes not even finding out about it until they reached the Salt Lake Valley.

Stanley Kimball, the original author, loved the Mormon Trail. He collected stories for years before dying of cancer. His wife, Violet, finished daunting task after his death, rewriting and organizing his work into the present volume, relying more heavily on journals than secondary commentaries, although she appeals to the second to justify her conclusions and generalizations derived from reading so many of the first. Both were fully immersed in the journals and secondary texts.

For me, the best way to approach this book is to imagine that I’m out camping along the Mormon Trail, sitting around the campfire with this older couple who have immersed themselves in the history and stories of the pioneers. Anything I ask about, they can answer in a relaxed, honest way, using the words of the people who lived it. “What did the children do?” “What did the pioneers eat?” “Did everyone finish who made the journey still believe when they reached the end?” “How did the pioneers do it?”

4 comments for “O Pioneer! Book Review of Villages on Wheels”