I was on a Sunstone panel about the bloggernacle last week and because of that I’ve been thinking about how I should be moderating comments.

When I first started as a guest at T&S, some of the permas made it clear that they did not agree with everything I had to say. That’s fine; I don’t agree with everything I say. But they brought me on board anyway, and I claim that same freedom of not agreeing with every single thing that other people post on the site. I think of it as being akin the 11th Article of Faith, but for blogging. It is a privilege to both post and comment on the site. Because I appreciate that for myself, I don’t want to hinder others in their exercise of that same privilege.

So what should I do about completely off-topic or mean spirited comments? Or comments that appear thoughtless because they ignore the conventions of basic grammar? When I post, I am responsible for moderating my own thread, but I need to respect and enforce the commenting policy of T&S. As a relatively new blogger, I’m still learning to do this. As you know, I have not always been successful. 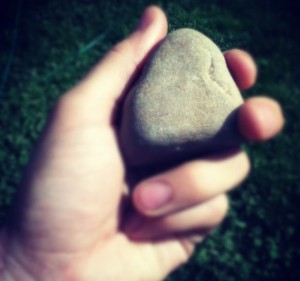 I would prefer to let the rude, random, or off-topic comments to drop like a rock in a stream, and allow the conversation continue to run past it. Too much attention to those awkward stones just adds to them and makes a dam, and I seriously don’t want to have to bring out the dynamite and blow it away. But a laissez faire attitude could easily allow threads to devolve into an anarchic free-for-all that could actually discourage conversation rather than foster it.

So what advice do you have for me? Is it reasonable to hope we all could ignore damming comments? Or should they be immediately and publicly condemned?

← Literary BMGD #31: Ode for the Fourth Day of July and Columbia—My Country
Mormonism: The Second Century →