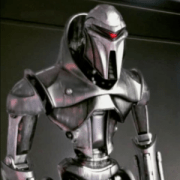 We had some interesting discussion in Gospel Doctrine class on Sunday, focused on Helaman 2. Helaman’s servant was joining Gadianton’s group. From my view, he wasn’t infiltrating, but joining for personal gain… until he learned what their higher goals were, at which point he bails out by killing Kishkumen and fleeing to Helaman, who sends out (the army? what? there’s no object in the sentence) to catch them.

11 But behold, when Gadianton had found that Kishkumen did not return he feared lest that he should be destroyed; therefore he caused that his band should follow him. And they took their flight out of the land, by a secret way, into the wilderness; and thus when Helaman sent forth to take them they could nowhere be found. 12 And more of this Gadianton shall be spoken hereafter. And thus ended the forty and second year of the reign of the judges over the people of Nephi. 13 And behold, in the end of this book ye shall see that this Gadianton did prove the overthrow, yea, almost the entire destruction of the people of Nephi. 14 Behold I do not mean the end of the book of Helaman, but I mean the end of the book of Nephi, from which I have taken all the account which I have written.