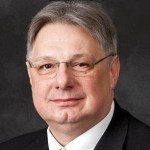 [The third part of a translation of an article written by Emanuel Santana and published on the Brazilian group blog, Vozes Mórmons. The article raises many questions about politics and the Church—questions we are familiary with in the U.S. and perhaps Canada, but which are new territory for Mormons in Brazil and elsewhere around the world. Part one of this series was published Tuesday.]

Moroni Torgan and the Church in Fortaleza

The 2004 race for mayor was more exciting. The “Juraci Era” had put Fortaleza’s voters in the mood for change. Inácio Arruda and Moroni Torgan both again sought the office, along with two others who debuted in the election: Aloísio, the candidate supported by Juraci Magalhães, and Luizianne Lins, who, even without the support of the national leadership of her party, launched her candidacy as the Workers Party candidate.

From the beginning of the race polls placed the Mormon in front. The barbs exchanged between Aloísio, Inácio and Moroni made it easy for the Workers Party candidate, who, against expectations, jumped from fourth to second position in the first round.

Shortly before that political turmoil I moved, changing ward and stake as a result. In my first interview with my new bishop, I was asked who I would vote for. In Brazil, voting has been secret since the thirties, but since in church even your sex life is the subject of questions by local leaders, I didn’t find the question strange. I replied that I had not yet decided. He began to praise Moroni and depreciate the workers party candidate, mentioning her alleged sexual orientation. All this after a prayer, in the bishop’s office and with a picture of the First Presidency and a painting of Christ on the wall in front of me.

At the time I was in my second year of dentistry at the UFC (Federal University of Ceará). On campus it was common to pass colleagues wearing Luizianne buttons. The Moroni’s monothematic discourse on combating violence and authoritative tone contributed to my colleagues’ perception of him as a representative of the extreme right, a conservative “big gun.”

One of Luizianne’s proposals for the public schools included a “positive curriculum about homosexuality and the human rights of the GLBT population.” The Moroni’s “marketers” tried to use this proposal against the workers party candidate. As the electorate did not consist solely of “Bolsonaros” (a reference to Jair Bolsonaro, an extreme-right politician in Brazil) or “Boyd K Packers,” the PFL’s claim was perceived by many as an act of homophobia.

If on the one hand Moroni lost credit with gays, on the other he gained the support of Congressman Almeida de Jesus, a disciple of Brazilian televangelist Edir Macedo, and state representative Jahziel Pereira, who is connected to the Assembly of God Church. The current area seventy thus became the evangelical candidate.

The members of the workers party could not let this fact go. Fliers aimed at showing the differences between the doctrines of Moroni’s religion and evangelical beliefs began circulating around town. In at least two debates on TV, I remember Luizianne mentioning something about church policy toward blacks.

The fearlessness of the young workers party candidate, with her talk of inclusion, appreciation of local culture and her progressive vision for the GLBT cause meant that she made large inroads among younger voters.

To the church members with whom I had contact, Luizianne represented the world, licentiousness, moral laxity. In a dualistic, black and white view, Moroni represented good to the church; Luzianne, evil. At the University, the roles were reversed. Once a boy in my class said he understood why I had a certain appreciation for the deputy: “I went to Mass and the priest said that Moroni belonged to the Mormon ‘sect,’ so I understand why you voted for him.”

A big “gospel rally” was held in a major plaza in the city center. A gospel singer who debuted on the Raul Gil show was the musical attraction of the event. The plaza was full of “children of Luther.” Walking through the area you could recognize some LDS groups a little way off, some enjoying the moment, others with a remarkable semblance of mockery. After all, a “requebradinha” (a type of dance) low to the floor to the music of Xanddy is not very desirable, but so it goes. However, jumping and dancing to a song that talks about God and Jesus was too sacrilegious for many of the Mormons who were there.

I, having grown up in Mormonism, was oblivious to all of the evangelical songs and dances. But I was excited that day. Primary hymns came to my mind, and, seduced by the beautiful “sheep of other folds” that were there, I joined the pack.

The audience knew the words by heart and knew the choreography, but I knew none of it. I was only mimicking, pretending to know the song. I looked to the side and, even though in an embarrassed way, I tried to follow the dances. Some were easy, just raise your hands while singing “champion, conqueror, God gives you wings, makes you fly.” But others were more complex “Ragatanga” or “Macarena” style… I remember one song whose refrain was “under my foot (three little steps on the right foot), under my feet (three more little steps)… Satan under my feet (a twirl).

Since this was a rally for the PFL candidate, I believe that the “champion” sung by Jamily (a Brazilian gospel singer) referred to the current area seventy, leaving the workers party candidate the status of adversary (Satan in Greek), she who should be “under my foot. ”

Several ministers, politicians and minister-politicians were on the stand. The prayers were very earnest, there was “glory to God” over here, and in “Jesus’ name” over there, and even demonstrations of glossolalia (speaking in tongues) occurred. I looked at Moroni, and he, in that Mormon way, merely lowered his head and closed his eyes.

The religious leaders were very eloquent. One of the more excited of them even prophesied that Fortaleza had been “liberated” — that is, the candidate of the PFL would win on Sunday. Unfortunately (or fortunately, I do not know), the prophecy was not fulfilled and Luizianne Lins earned one of the most exciting victories in the recent history of the city.

Since then, Moroni lost two additional elections. Inácio Arruda beat the gaucho in the Senate race in 2006, while I was serving a mission in Moroni’s homeland. Two years later, again running for mayor, he was defeated by the workers party candidate in the first round.

The following year, the city’s newspapers commented that the gaucho was temporarily abandoning politics to serve a religious mission in Portugal (as mission president in Lisbon). Moroni left the political scene, and Romanna Remor, in late 2011, would catch my attention when she became a federal deputy, becoming the first LDS woman to occupy that position.

Last April, while watching General Conference, I learned that the president of the Lisbon Mission had been called to the seventh quorum of the seventy. I thought that this marked the end of hia political career. Months later I learned that his candidacy for mayor was again confirmed.

Today I no longer live in Fortaleza; like most Brazilian Mormons I follow from afar this latest attempt by Moroni, now Elder Torgan, to become the first church member who is mayor of a Brazilian capital during the same year in which another Mormon tries to reach the rank of most powerful man in the world.

← Moroni Torgan and the Church in Fortaleza, Brazil (part 2)
On Being Taken Seriously →

9 comments for “Moroni Torgan and the Church in Fortaleza, Brazil (part 3)”